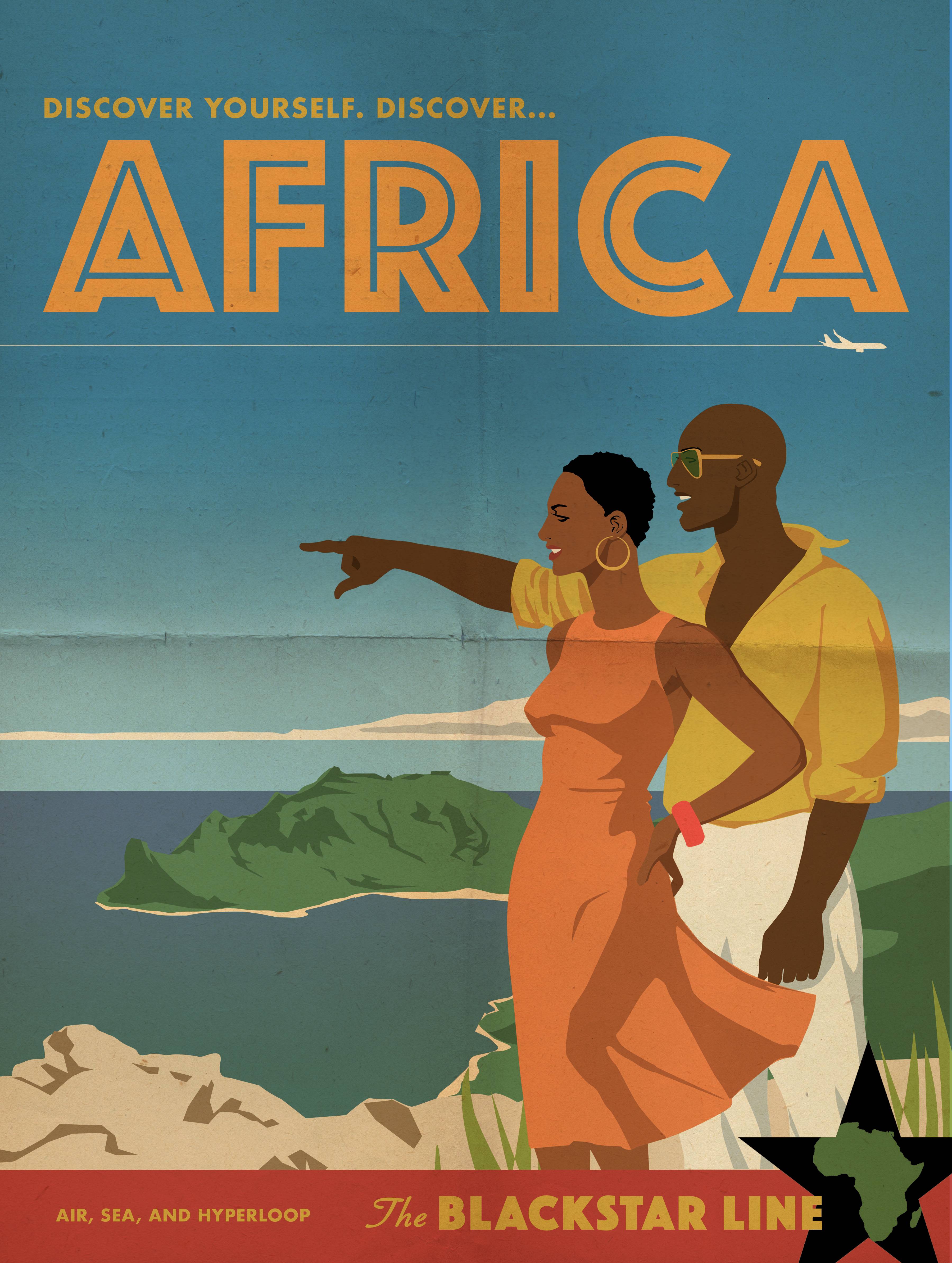 No one should live a life in fear, whether real or imagined.

Not just in recent months but in recent years an increasing number of voices have been telling Americans that the United States is a racist country. These voices are growing louder, and the anger is manifesting in violence.

No one should live a life a fear, whether real or imagined.

So perhaps it’s time to reconsider the black nationalist Back to Africa Movement.

This is not a racist trope. It’s a truly nationalist approach – and, yes, it is possible to be both nationalist and altruistic. Despite what globalist propagandists tell you, nationalism is not racism.

Jamaican-born black nationalist Marcus Garvey in the early 20th century started the Back to Africa Movement for African Americans.

BBC: To facilitate the return to Africa that he advocated, in 1919 Garvey founded the Black Star Line, to provide transportation to Africa, and the Negro Factories Corporation to encourage black economic independence. Garvey also unsuccessfully tried to persuade the government of Liberia in west Africa to grant land on which black people from America could settle.

National Humanities Center: By 1922 his rhetoric shifted away from a confrontational stance against white America to a position of separatism mixed with just enough cooperation. He applauded whites who promoted the idea of sending African Americans back to Africa.

Fast forward a hundred years, and you can still find efforts being made to return African Americans to their native homelands.

In November, Ghana granted citizenship to over 126 African Americans and Afro-Caribbeans as part of their Year of Return.

Quart Africa: As Quartz Africa has previously reported, throughout 2019, Ghana has been hosting a raft of activities, at home and abroad, to encourage the descendants of those who were forcibly sent away to return. In June, the president embarked on a five-nation tour of the Caribbean to promote the initiative.

“We recognize our unique position as the location for 75% of the slave dungeons built on the west coast of Africa through which the slaves were transported. That is why we had a responsibility to extend the hand of welcome, back home to Africans in the diaspora,” the president added in his speech.

Here are a few short short videos on the Great Return, or the Return to Africa (aka Back to Africa Movement). It’s better to hear it in their own words than mine.

African American celebrities, such as Dave Chappelle, among others, are talking about how important it is for blacks to at least visit Africa countries, if they have the opportunity.

“Africa is for Africans.” Indeed.

Are all African countries universally willing to accept African Americans back into the fold? It’s unclear. Certainly, diplomatic arguments could be made on their behalf.

Perhaps African American individuals and families could apply for refugee or asylum status. It would be unusual, sure. Typically, asylum requests are made by citizens of African countries to the United States or European countries, not the other way around. But this is a new era.

International news networks have been covering the U.S. race riots for months. People around the world are starting to believe that the U.S. is “terrifying and systemically racist”, especially given the recent U.S. government report that “white supremacists” are now the country’s greatest threat.

What’s more, a simple DNA test can probably tell from which African country or countries an African American’s ancestors originated. A simple swab test from 23andMe or Ancestory.com allows anyone to locate clusters of distant cousins and kin anywhere. The data could also be used to make an argument for right of return.

Through 23andMe research, Russ recently discovered his Norwegian maternal grandmother’s ancestral Saami homeland is actually Norrbotten County, Sweden — which is a bit ironic I suppose given that his grandma disliked Swedes, or so I’m told.

Be a Hero, Not a Zero

Joseph John Campbell was an American professor who worked in comparative mythology and comparative religion. Campbell is best known for his book “The Hero with a Thousand Faces” (1949), which describes the journey of the archetypal hero shared by world mythologies. I believe we can compare this model of the hero’s journey to generations of a race, not just individuals.

The story begins on the Ivory Coast (Everyday World/Known World), let’s say. A young man is kidnapped by slave traders (Call to Adventure) and he’s trafficked to America, or “The New World” (First Threshold/Unknown World). He’s sold at auction (Road of Trials) and put to work on a plantation, as are generations after him. Then there’s Civil War (Supreme Ordeal) that results in slaves being declared “free men” (Transformation). The next 150 years is the struggle to survive and succeed, feeling different from others and unfulfilled (Apotheosis). Perhaps it’s time to begin the journey home to Africa (Return Threshold/Known World).

To be a hero, one must return home (Known World) and take their wisdom and gifts with them to share with family. That’s the only way the spirit is truly free. The journey of the soul isn’t complete until the “return of the king,” who brings “mastery of the two worlds.”

9 Comments on The Answer to Claims of Systemic Racism in America: The Back to Africa Movement