We have an interesting scenario here.

Throughout this campaign, the media has been accusing Trump of being a Nazi non-stop. Every little move he made, every accidental signal he sent, they made a big fuss of as “evidence” of his White Supremacist ideology.

But they didn’t really believe it.

It was just hyperbole, designed to scare people and bully “conservatives” into accepting their liberal values without resistance.

But now… They’re starting to crack the code and learn that they’re actually dealing with real, bona fide Nazis.

FIRST, an apology, or rather a regret: The Economist would prefer not to advertise the rantings of racists and cranks. Unfortunately, and somewhat astonishingly, the Alt-Right—the misleading name for a ragtag but consistently repulsive movement that hitherto has flourished only on the internet—has insinuated itself, unignorably, into American politics. That grim achievement points to the reverse sway now held by the margins, of both ideology and the media, over the mainstream. It also reflects the indiscriminate cynicism of Donald Trump’s campaign.

Much of the Alt-Right’s output will seem indecipherably weird to those unfamiliar with the darker penumbras of popular culture. It has its own iconography and vernacular, derived from message boards, video games and pornography. Its signature insult is “cuckservative”, directed at Republicans supposedly emasculated by liberalism and money. Its favourite avatar is Pepe the frog, a cartoon-strip creature co-opted into offensive scenarios; one Pepe image was reposted this week by Donald Trump junior and Roger Stone, a leading Trumpista, the latest example of the candidate’s supporters, and the man himself, circulating the Alt-Right’s memes and hoax statistics. Its contribution to typography is the triple parentheses, placed around names to identify them as Jewish.

To most Americans, the purposes to which these gimmicks are put will seem as outlandish as the lexicon. One of the Alt-Right’s pastimes is to intimidate adversaries with photoshopped pictures of concentration camps; a popular Alt-Right podcast is called “The Daily Shoah”. To their defenders, such outrages are either justified by their shock value or valiantly transgressive pranks. Jokes about ovens, lampshades and gas chambers: what larks!

The whole article is basically a long “wow just wow, Nazis, I can’t even” about the Alt-Right. You can feel how much the author regrets having to even cover this subject, but is forced because of how both presidential candidates have brought it to light.

Indeed, Trump has consistently spread a trail of bread crumbs leading easily triggered tumbler types to the Alt-right – retweeting Nazis, making subtle allusions in speeches, using the numbers 14 and 88 in key places, and so on. The point was obviously to make journalists freak out and start outlining weird conspiracy theories, making them look foolish and insane.

Listen up goyim! This is the face of KKK White-power neo-Nazis! Why are you laughing? This is serious!

Clinton, on the other hand, has been feverishly association the Trump campaign with “Alt-Right Nazis” in order to make him look extreme and unsavory. But since we use such weird and funny symbols, her efforts have been met with general ridicule.

And the media is starting to realize that.

And let me tell you – they’re pulling their hair out.

If one thing drives this home, it’s what the Clinton campaign clearly hopes will be its wham line. “Let me get this straight: Trump’s presidential campaign is posting memes associated with white supremacy online?” asks the explainer’s reader stand-in. Unfortunately, the stand-in clearly hasn’t been paying much attention to this year’s election, because you could have asked this question at basically any point in the last six months and gotten a yes. In the long list of things you could accuse Trump of — fraud, racial discrimination, massive conflicts of interest — it barely even registers any more. “This is horrifying,” the hypothetical reader exclaims. Okay, fine. What else is new?

For people who write about the dark corners of the internet, there’s an unspoken hope that sunlight is the best disinfectant, and exposing terrible things will get people to look up, pay attention, and bring the weight of social norms down on racists, misogynists, and miscellaneous sociopaths. As a quote in one recent Wired piece about rapidly growing — but still negligibly small — right-wing social network Gab puts it, “not knowing about negative behavior online doesn’t make that behavior any better.”

We’re the avatars of truth and justice. And you thought you could shame us?

Yes, these fools think they can just shame us into accepting our total destruction. They think a bit of social pressure is all that’s necessary to enforce White genocide and Jewish domination.

But the opposite is also true: knowing about negative behavior doesn’t make it any better, either. Making sure everyone knows about the ridiculous, blatantly terrible ideology that Trump condones in his supporters isn’t even bringing a knife to a gunfight at this point. It’s bringing nothing at all and calmly observing that your opponent has a gun. I’m far from the first person to say this about the election, or about internet culture in general. But I’ve never seen a better example of it than the Clinton campaign’s shocked, toothless condemnation of a frog.

All of this was planned.

And you fell for our trap hook, line and sinker.

You’re caught in our web. The more you struggle, the more you will be entangled. 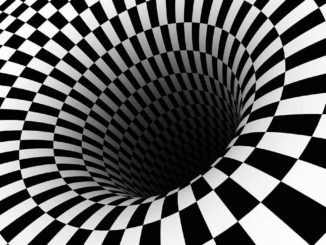 What’s Q Anon All About?