What a lot of folks don’t seem to understand or appreciate about the Left Coast is that the majority of the land across the three coastal states of Washington, Oregon and California is undeveloped, rural or semi-rural, and conservative. If you look at a political heat map of California, for example, it’s almost entirely red (Republican). But it’s the highly populated, highly liberal urban centers and the grotesquely wealthy coastal communities that dominate politics and influence media.

There are a few regional exceptions but, for the most part, people who live West of the continent’s westernmost valley are viewed as urban hipster snowflakes, bunboys and queers; and people who live to East are viewed as toothless, backward, cousin-kissin’ rednecks and militia. Most of the time, they avoid crossing each other’s path. Of course, once in awhile, rednecks like go to the beach or to a downtown event, and snowflakes seasonally journey into rural areas for camping, hiking, skiing and to commune with nature through gentle yoga. But I digress.

On Saturday evening, Oregon’s rednecks rallied in downtown Portland. They formed a caravan of flag-flying pickup trucks to display support for the United States, Trump, police and libertarianism. But they weren’t there just to show support. They’re also taunted the nihilists that have been terrorizing and destroying the city of Portland not just for months but for years.

From what I’m seeing Saturday night on Twitter, it’s priceless “Idiocracy” street theater. Good ol’ boys are giving self-aggrandizing Antifa bunboys and self-centered Black Looter Marxists (BLM) a mild taste of a redneck rodeo. The push back is well deserved, I think. No doubt, it will be billed as a white supremacist protest by the media.

Six hundred vehicles then drove to downtown Portland, according to the Associated Press, where they were met by BLM protesters.

I’m out in the Portland suburbs, where hundreds of Trump supporters are gathering for an event. They say they will be driving into Portland later tonight. pic.twitter.com/NUHy5e4TnP

With the usual caveat that I’m terrible at crowd estimates, I’d say about 1,000 people are here throughout the parking lot right now and maybe like 1 million flags.

The current plan is to drive into Portland as a huge caravan at 6 p.m. pic.twitter.com/gJdiuDAKjk

Of course, this totally trigger Antifa and BLM activists. There were confrontations before they even got out of the parking lot.

Portland police dressed in riot gear “stood by as caravan members drove through groups of people in the street,” according to the Mercury. “Other drivers jumped out of their cars to confront counter-protesters on the street, some getting into fistfights.”

Snipers were spotted on a rooftop.

It appears there are some people spotting on the rooftop across the street pic.twitter.com/gHJMBJ5bcV

Ahem, Cory: No, they were not “counter-protesters” in the street blocking the caravan, because the caravan was not a protest. It was a rally. A rally is when you show support for something. The people attempting to block the rally caravan by standing in the street were the protesters, not “counter-protesters.” And, yes, a redneck will run over you if you stand in the road. Ask any bunny, deer or squirrel. For them, roadkill is a sport. That’s why the police yelled at the row of bunboys and Black Looter moms to get out of the street.

One rally member turns to avoid counter-protesters but another drives right through them hitting several people. pic.twitter.com/i3aLRQg9tJ

Here they come through downtown, as well as protesters. The party has begun.

This isn’t the official route of the Trump rally, but there is still an endless stream of Trump vehicles coming in to downtown Portland. pic.twitter.com/h0zg8WMVtg

Many of these good ol’ boys were smart enough to tape over their license plate so data-mining Antifa couldn’t look up their name, where they work and home address in order to cancel them. Appearance of the Boomer technicals.

Driving through crowds and macing out of vehicles at SW 4th and Washington. pic.twitter.com/dCNJxYlkYn

In the second video below — “More paintballs” — note that there’s a guy in the back of the red pickup truck who, like a hidden sniper, opens fire with a paintball gun on the mob of Antifa/BLM. But my favorite part of this scene is the man at the end with the yellow vest, holding up a sign that reads “LET’S ALL GO TO BILL GATES HOUSE INSTEAD.” Brilliant.

Second video below reminds me of the U.K. outside London after the bars close.

These two people started fighting and then decided they were friends or something pic.twitter.com/TvFaTKNbMv

Unfortunately, it appears that someone associated with Patriot Prayer was shot and killed in the street around 8:45 p.m. Some guy who just happened to be walking by caught the shooting on video, which you can see here on Facebook, at minute 00:17:45.

Associated Press: … An Associated Press freelance photographer heard three gunshots and then observed police medics working on the body of the victim, who appeared to be a white man. The freelancer said the man was wearing a hat bearing the insignia of Patriot Prayer, a right-wing group whose members have frequently clashed with protesters in Portland in the past. …

Patriot Prayer is a local, Christian, pro-Constitution, free speech, limited-government, conservative group, many of whom are veterans of all ages. They meet periodically for breakfast downtown. They’ve been labeled by the local left-wing media as a “far right group,” and they’re often confronted with violence by Portland Antifa.

“I am not sad that a f—ing fascist died tonight,” says a woman at the antifa gathering in downtown Portland. The crowd laughs and cheers. The ID of the deceased is not confirmed but he is believed to be a Trump & blue lives supporter. #PortlandRiots pic.twitter.com/XV6471FSuF 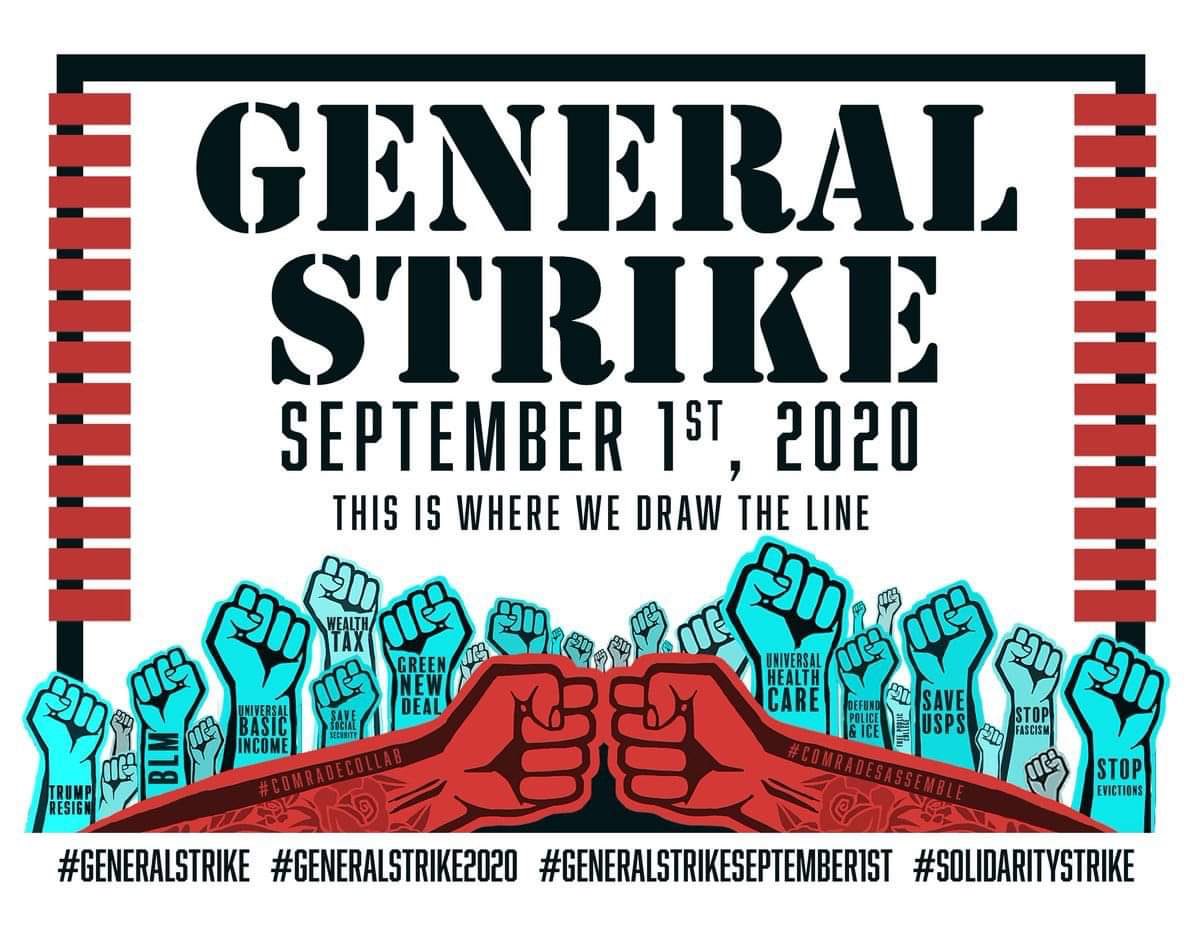