President Trump’s Covid-19 diagnosis announcement Thursday evening has sparked a myriad of reactions from the Lugenpresse and left-wing mainstream media outlets, from outrage over Trump and his team’s refusal to wear masks to feigned concern and thinly veiled glee over the prospect of his demise.

Without any evidence, the Lugenpresse is blaming the unmasked Saturday, Sept. 26, Rose Garden announcement of Amy Coney Barrett as the official nominee to the Supreme Court as the “super spreader” event that had led to more than 14 Covid-positive diagnoses. We believe this is a calculated misdirection.

Though details are scant about about the whereabouts of his team last week, there are plenty of important facts that the Lugenpresse is hiding that make the Rose Garden an improbable source. The more probable point of contact with the virus was in fact the first presidential debate on Sept. 29 at the Cleveland Clinic campus at Case Western Reserve University in Cleveland, Ohio.

Timing of Testing and Diagnoses Among Trump Team

The majority of the Covid cases were diagnosed between Friday, Oct. 2 and Tuesday, Oct. 6. That’s six to 10 days after the Rose Garden gathering, and two to six days after the debate. The normal incubation period for the virus is two days, according to the Associated Press. It’s possible that it could take as long as three to five days, but typically it’s just two, just like colds and flus.

We’ve been told since last spring that the reason Trump and his team don’t wear masks is because they’re constantly being tested for Covid, as are those who are permitted to come in contact with them, even if for a brief private meeting. Trump and his team tested negative for Covid prior to leaving for the debate in Cleveland, according to reports on the day of the event. Had they come in contact with the virus in the Rose Garden Saturday, it surely would have shown up in someone by Tuesday’s debate.

The first in Trump’s circle to be diagnosed with Covid was Hope Hicks on the afternoon of Thursday, Oct. 1. She did not attend the Rose Garden event, but she did travel with Trump and Melania to the debate in Cleveland. Trump’s team appeared fully present in Cleveland, but the entire roster is unclear. This Instagram photo however shows the staff on site in a room. Did they arrive with Trump or on a different flight sometime prior? This wouldn’t be unusual, but we don’t know.

At 1 a.m. Friday morning, after receiving a second positive Covid test result, Trump announced he was infected. Friday afternoon, he was transferred to Walter Reed hospital. Saturday morning, his medical team briefed the White House press corps about his condition. They said his infection was caught very early and his viral load was light. This comment indicates he wasn’t infected a week prior in the Rose Garden but rather at the debate.

The Rose Garden event was held outside, because it has been widely established that Covid-19 does not survive in sunlight. Similar to other White House events, and like the rallies Trump has been holding in battleground states, Trump’s team is in control of their environment. Most events are held outdoors. Where testing Covid testing isn’t feasible, such as at rallies (aka “protests”), temperatures are taken upon entry and those with any hint of a fever are turned away. Trump usually is kept a good distance away from crowds.

KXAN (NBC News): In an exclusive interview, Paul Dabisch, a senior research scientist at the Department of Homeland Security’s biodefense research laboratory, said that initial lab tests show sunlight, higher temperatures and humidity are hurdles for the survival of the coronavirus.

“What we have found so far is that sunlight seems to be very detrimental to the virus,” Dabisch explained. “And so within minutes, the majority of the virus is inactivated on surfaces and in the air in direct sunlight.”

Knowing that outdoor environments are safer gatherings, it seems odd that an indoor hall was chosen for the first presidential debate. The debate was supposed to be held at University of Notre Dame in Indiana; however, the university backed out its commitment over Covid concerns.

The change of venue was sudden. Cleveland.com reports, “Public officials were given short notice. City officials weren’t involved in the process at all.”

Eleven of the personnel involved in planning and setting up the debate hall tested positive for Covid shortly after the event, according to local news reports. All were from out of state. Local officials said it’s unclear whether Trump or his team could have contracted the virus in Cleveland. The national Lugenpresse want the public to believe it’s all about the Rose Garden.

Meanwhile, there are countless photos that show setup personnel curiously lingering around Trump’s podium. Planting an infection there or in the staff meeting room looks like shooting turkeys in a barrel to our sensibilities.

It’s also noteworthy that the setup crew created a section for Democrats on one side and a section for Republicans on the other. Why? The Democrat side was near the hall entry and unobscured. The Republican side was arranged among the technical crew.

Following the city’s announcement of Cleveland Clinic setup crew Covid cases, the Cleveland Clinic released this non-denial denial in which it seems to try to deceptively parses the words “setup” and “debate.”

Covid cases following the debate were traced to the debate set up crew, according to the New York Post.

Updated statement from Cleveland Clinic regarding the 11 people who tested positive for COVID-19. pic.twitter.com/hMQkSwD8BA

Here’s how long Covid is said to survive on surfaces. A wood podium and furniture: two days. 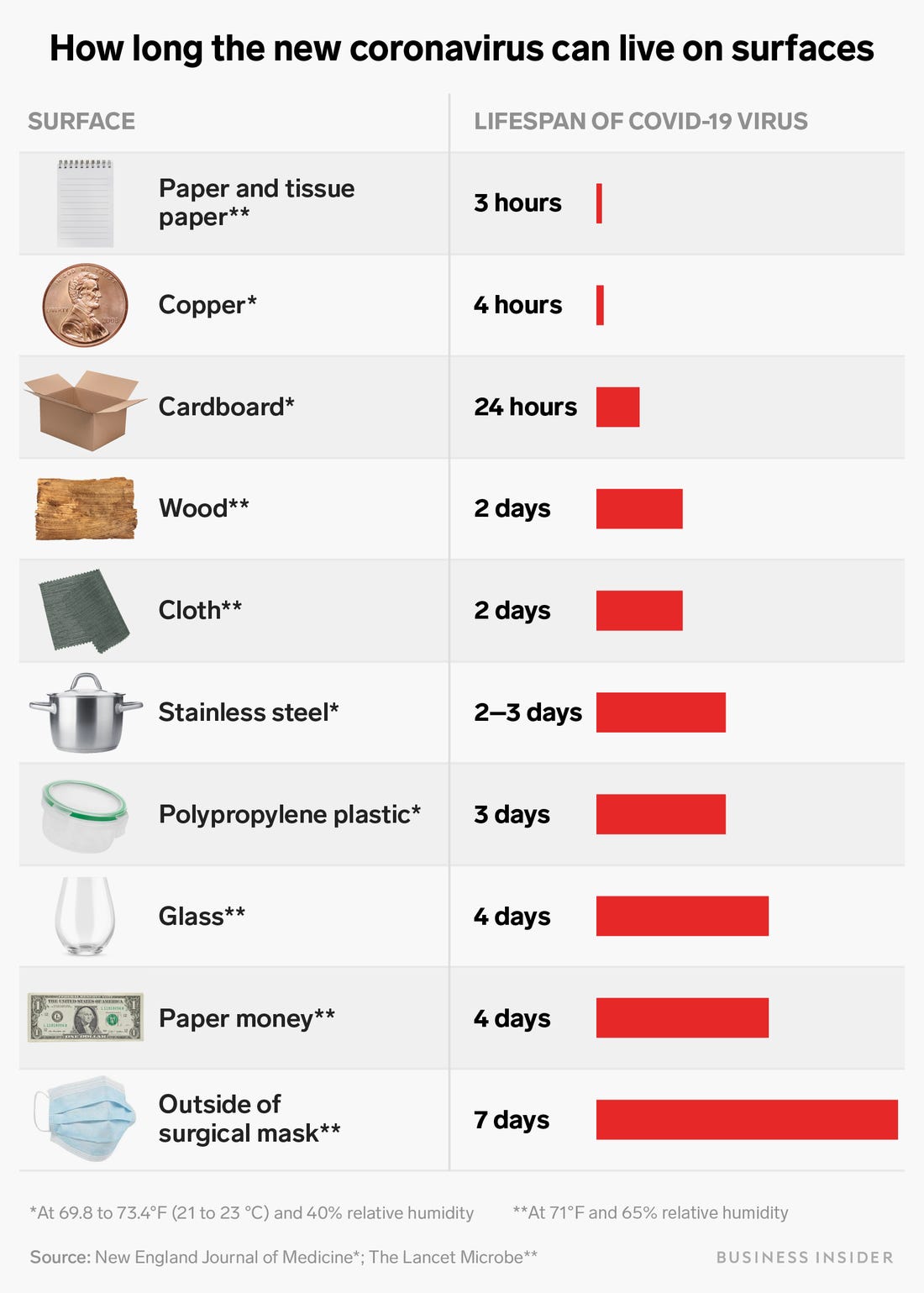 “The Cleveland Department of Public Health was not in the debate hall monitoring compliance with the city’s coronavirus guidelines, the city said it was in contact with organizers who were responsible for that monitoring,” Cleveland.com reports. “The Clinic was one of the organizers.”

Who’s at the Helm of the Cleveland Clinic?

Isn’t it odd that Trump travels all around the country and holds countless events, and he never gets ill. But when he attends an event hosted by a medical clinic and that’s set up by third parties, he and many other members of his staff become infected — but not anybody in Biden’s camp? Very suspicious indeed.

This made us curious about the Cleveland Clinic. Upon cursory review, we find its CEO is one Tomislav Mihaljevic (Томислав Михаљевић)

CLEVELAND 19NEWS: Dr. Tom Mihaljevic, CEO and president of the Cleveland Clinic, said the hospital system serves as the health security advisor for the Commission on Presidential Debates to provide a safe environment during the COVID-19 pandemic.

The collaboration led to the opportunity for Cleveland to host the first of the three presidential debates in the 2020 election cycle.

A “safe environment”? So far, we’re not impressed. The Lugenpresse reports that clinic organizers asked attendees to wear masks, but Trump’s crew refused. The fact is that they wore them except when they were seated in socially distanced chairs, according to ABC News.

We see that Mihaljevic has grand plans for the $10 billion Cleveland Clinic, including reaching 4 million patients by 2014. To make the facility more of a high-end destination, it partnered with Westin hoteliers to create a quarter of a billion dollar hospital resort. We imagine such lofty goals will not be easy to achieve if Trump is allowed to continue to attack health care price inflation and dismantle the deceptively named Affordable Care Act.

Cowen is a recipients of a Carnegie Corporation Academic Leadership Award. He holds honorary doctorates from the University of Notre Dame, Yeshiva universities and several others. And he and his wife are recipients of numerous awards from Jewish organizations, such as Chabad-Lubavitch. TIME Magazine in 2009 named him one of the nation’s top “10 Best College Presidents.”

The following year, Cowen was appointed by President Barack Obama to the White House Council for Community Solutions, which advised the president on ways to reconnect young people who are neither working nor in school.

Still think it was a gnome in the Rose Garden that facilitated the outbreak?

Bruce ‘Caitlyn’ Jenner: The Psyop that Keeps on Giving

The Kosher-Controlled Alt-Right: Posobiec, Rebel Media and Other Shills and Offshoots

[A Stupid] Opinion: Misinformation about COVID-19 is a crime that should have consequences