California is rapidly rising to the top of medieval scale squalor and potential of disease outbreak due in part to cuts in city services, such as trash collection, in Los Angeles, San Francisco and San Diego.

The problem is further exacerbated by burgeoning numbers of encampments of unsheltered and homeless mentally ill people living on the streets and in absolute squalor. While estimates on the numbers of unsheltered residents vary widely, even the most conservative figures indicate that there are approximately 600,000 homeless adults (meaning those not living in shelters or temporary housing) in the United States, and more than half of them live in California.

The dense urban areas of Los Angeles, San Diego and San Francisco are experiencing an infestation of rodents the likes of which we have not seen in decades. The Orkin pest control company has long published its “Rattiest Cities” ranking based on the number of new rodent treatments performed annually. San Francisco landed at fifth for the nation, and Los Angeles nabbed the second Rattiest City spot behind Chicago.

Continuing to demonstrate government by deconstruction, the kakistocracy at California’s State Legislature pushed through a bill to ban on the use of SGARs statewide, starting Jan. 1, 2020. Senate Bill 1788 — commonly known as the “California Ecosystems Protection Act” and championed by Jewish Assemblyman Richard Bloom of Santa Monica — would ban most anticoagulant rodenticides. Los Angeles has already discontinued use of SGARs.

Pest control professionals and sanitation workers have observed an alarming increase in Norway rats moving around during the day, which is highly abnormal behavior for these species of rodents. Movement of nocturnal animals during the day is direct evidence of an extremely large population of commensal rodents.

This fall and winter will likely be the tipping point for registering a massive spike on human impact due to the spike in the rodent population in California. Then, in early 2020, another parabolic explosion of rats will occur as the counter of rodenticides are removed.

During the colder months, rodent activity increases as the varmints seek shelter in warm areas with readily available food and water. Rodents don’t need an invitation to enter homes. A rat can squeeze through an opening as small as a quarter, while a mouse can wedge its way into a hole smaller than a dime.

Infectious diseases, some that haven’t been seen since medieval times, are running through homeless communities throughout Los Angeles and are starting to spread to residents and city workers. For months, Los Angeles has been experiencing a major outbreak of typhus — a sanitation-related disease spread by infected fleas on rats and other animals. 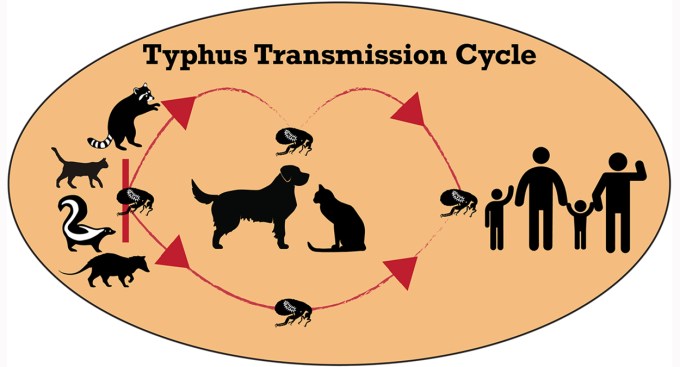 With an absolutely complete societal breakdown, people are defecating and urinating on the streets, and that excrement is just piling up in the streets. On some streets, it’s literally two stories high, according to reports. These gigantic unsanitary accumulations cover the San Diego Valley, all the way to the beaches.

Typhus and typhoid are oral-fecal diseases. There is a rodent-vector with typhus and the Yersinia (bubonic plague) endemic in the region. Plague historically comes on the heels of typhus. Tuberculosis and bacterial pneumonia can be inhaled through airborne fecal particulates in dust. Wind storms, common in the region in the fall, are hazardous to health. Rodent droppings are one of the leading causes of asthma in children.

Rodents can carry hundreds of pathogens that can transmit various diseases and dangerous parasites. Evidence of their biology indicates their ability to vector the spread of diseases like typhus, plague, salmonella, rickettsialpox and other gastrointestinal diseases.

Compounding this prospect is the emergence of antibiotic-resistance bacteria and pathogens.

The primary vehicles of transmission are fleas, urine and droppings. The urine from rodents is deposited on virtually anything, from the ground to items commonly handled by humans, such as blankets (especially by homeless) and other personal items. In addition, rodents can contaminate food and liquids while also transmitting diseases.

An apocalyptic megadeath perfect storm would be a serious earthquake impacting one of these rodent-infested urban areas. This would set off a mass rodent “scatter.” The region has been abnormally seismically active of late.

A large measure of the so called “homeless issue” is mental illness. Mental illness and drug abuse is the causa proxima of this health hazard.  Dumping mentally ill and substance addled people on the streets is not incompetence, it’s deliberate malice.

The Lanterman-Petris Act in the 1960s opened the way for this. The criteria for “greatly disabled” was altered. It changed from “need for treatment” to “harm to self or others,” and that’s a giant gap. However, there is a loophole that does not include the category of “unable to care for medical and sanitary needs.” Unfortunately, medical treatment itself is problematic and can in itself acerbate the problem.

A major knockout blow is coming this winter in California. Even with needed reform, mitigation measures will take years to implement. But the reality is that decision making is in the hands of the lowest form of criminal kakistocacy, thus no reversal is in sight.