INQUISITR — ESPN has become a drag on the earnings of parent company Disney as cord-cutters unsubscribe in droves.

With its movie franchises and theme parks, Disney is and should be doing fine, but the 1Q revenue was down 3 percent and profit plummeted 14 percent because of its sports media investment.

Through the end of 2016, Bristol, Connecticut-based ESPN had lost about 12 million subscribers from a 100 million high in 2011.

“At an estimated $7 per subscriber, that dip has been a substantial hit to Disney, especially considering media networks made up 49 percent of Disney’s profits during fiscal 2016,” explained The Wrap about ESPN’s financial troubles.

Against this backdrop, in 2017 alone, the network is on the hook for $7 billion in broadcast rights fees to the NFL, NBA, MLB, and various college leagues. The NFL used to print money, but ratings were down this year substantially across the board, including NFL Monday Night Football on ESPN.

As subscribers head for the exit, Fox Sports Radio host Clay Travis estimates ESPN has forfeited about $1.3 billion in the process, and so for this year it has lost 10,000 cable or satellite subscribers each day, in part because, in his view, the network made a calculated decision to veer far left.

In an essay posted at Outkick the Coverage, Travis argues that ESPN is tanking in the ratings generally because of an emphasis on political correctness and progressive political activism, thereby alienating 75 percent of the viewership who just want to watch sports, sports highlights, or discussions directly sports related.

“ESPN decided to become a social justice warrior network, treating all liberal opinion makers as those worthy of promotion and casting aside all those who had the gall to challenge the new Disney world order…I’m not saying that ESPN should just stick to sports, but I am saying that if you decide to allow political opinions to flourish from your network’s stars that you shouldn’t neuter all conservative opinion and allow liberal political opinion to advance unchecked….Those with liberal opinions are rewarded and allowed to speak freely, those with conservative opinions are told to keep their mouths shut…” 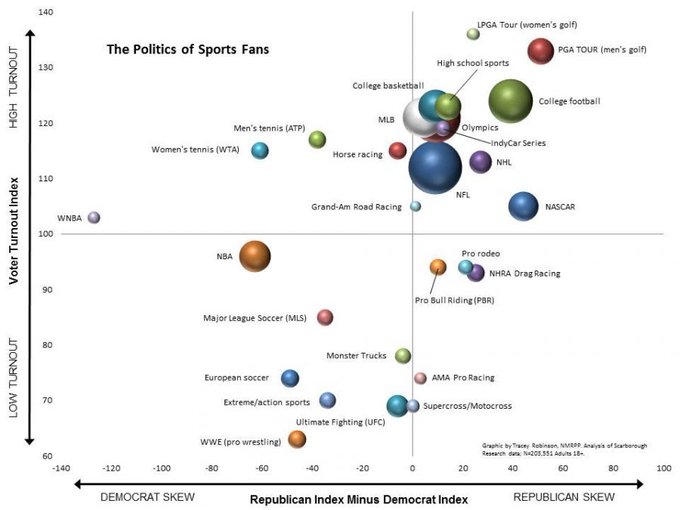 In the story, the Nashville-based Travis, an ex-lawyer who worked on Al Gore’s presidential campaign and voted for Obama twice, referred to ESPN as MSESPN, a play on MSNBC. […]