FAUXLEX — Wow. You are not going to believe this. It. Is. Stunning…

My previous two posts about the JFK assassination (where I advocate the logic that a JFK lookalike must have been the real one murdered in Dealey Plaza) have lead me to focus very closely on a particular photo by AP photographer Ike Altgens, seen below. 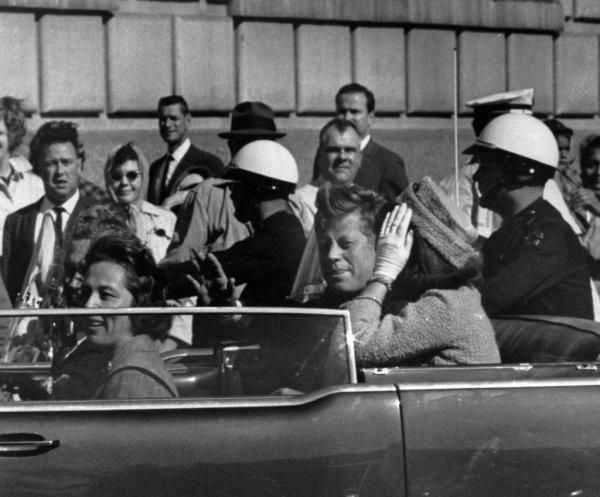 Ike Altgens would die in mysterious circumstances late in life, and this evidence tells us that he must have known something he shouldn’t have known. What exactly might that be? My first instinct was that his photo of JFK entering Dealey Plaza must be a paste job. Closer examination has shown that we can make an exact comparison between the background figures of the Altgens photograph and a film taken by a man named Robert Hughes.

This has uncovered a truly staggering revelation…CIA Propaganda Chief (and previously hypothesized Oswald handler) David Atlee Phillips is actually one of the men in the background of the Ike Altgens photo, and he has been airbrushed out of subsequent releases of the Robert Hughes film footage!!! […]

Kay Griggs Interviews: The US Military is a Mind-Control Op Run by Sexual Deviants