Donald Trump is a dark triad personality. The triad wraps up in one person narcissism, Machiavellianism and psychopathy. The Donald does little to restrain this. We suggest all readers become familiar with dark triads. The country is full of them and advances them. 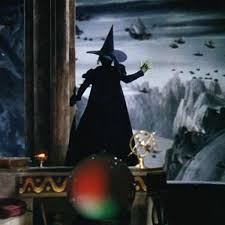 We are now convinced that most of the feigned theatrics, feuds and shit storms that he has with other celebrities and the media are also with dark triads or their flying monkeys. What you are witnessing is effectively the Matrix in action. This works to brainwash and warp those who can’t see through it. The accomplices in fake news give him cover, distraction, misdirection and plausible deniability for his real skulduggery.

As a footnote, we aren’t really speaking to the erratic behaviors, paranoia, nepotism, incompetence and ramblings others note but rather much more to a fundamental dangerous discordian/psychopathic dark triad value system that Trojan horse Trump holds.

Trump, speaking at a GOP fundraising dinner on Friday evening, offered new details about the strike that killed Iranian Gen. Qasem Soleimani. In his speech — held inside the gilded ballroom on his Mar-a-Lago property — he claimed that Soleimani was “saying bad things about our country” before the strike, which led to his decision to authorize his killing.

Trump did not describe an “imminent threat” that led to his decision to kill Soleimani, the justification used by administration officials in the aftermath of the attack. This is a psychotic-like state.

Recently he ad hoc directly threatened auto tariffs on the EU, without even briefing his EU ambassador. This left that official in the dark and surprised when confronted by his European counterparts. This is typical shitshow dark triad behavior.

Here we have an example of extreme unblemished Machiavellinism, as Trump declares he is leaving U.S. troops behind “to keep another country’s oil” and “I like oil.”

In this next video, he shamelessly admits to pimping out U.S. troops as mercenaries for Saudi Arabia. He combines all the dark triads: narcissistic bragging about said pimping with Machiavellian psychopathy.

Another of dark triad Donald’s favorite Trojan horse behaviors is to associate with other sketchy characters and then disavow, knowing the criminal types he surrounds himself with. As part of the circus, these fellow criminals end up “going rogue” and turn witness against him.

Read: A Dive into the George Nader, Clinton-Trump Sistema Cesspool

Ultimately the dog eat dog environment dark triads create causes them to implode. In the impeachment process Trump plays the victimhood stance. This gives him the excuse to terrorize and extort Republicans who may be ready to abandon him. But since Trump has used up so much political capital, he will be successfully impeached and pushed out of office. He has already predicted a market crash if this happens, so scorched earth can’t be ruled out.

His former flying monkey attorney Michael Cohen is accusing Trump of working to rig polls in the 2016 elections. This to us seems right up his alley, and far worse.

The latest in this series of unsavory characters is one Lev Parnas. Trump claims he has no idea who Parnas is. Not only did Trump’s father, Fred, hire Parnas back in 1988, but it was Donald Trump himself who introduced Rudy Giuliani to Parnas. Trump and Lev used to sell condos to Russian Jews together. They’ve known each other for years. 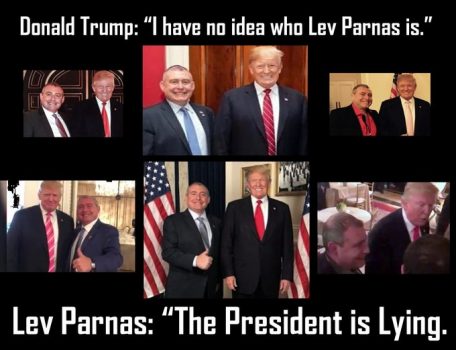 Read “NYC Mayor Rudy Giuliani’s Pants Were on Fire During 9/11: A Case Study in Lie Spotting”

Trump has effectively surrounded himself with other dark triads or authoritarian followers. He has gone through a slew of associates, and they’re piling up high.

Accordingly, he has to reach into the bottom of the swamp. Trump seems quite unconcerned about the optics. For example, incredibly, we see the presence of attorney Alan Dershowitz on the stage once again, coming in as one of Trump’s impeachment attorneys.

We can only assume that a Roy Cohn/Epstein-style kompromat will be employed in the 2020 shit storm. Dershowitz says that he met Jeffrey Epstein through his friend Lady Rothschild. He is accused of freely using Epstein’s services as well.

The other impeachment attorney, Ken Starr, is straight out of the cesspool as well. Yes, you guessed it, Starr was also Epstein’s attorney.

In 2007, Starr joined the legal team defending Epstein, who was criminally accused of the statutory rape of numerous underage girls. Epstein would later plea bargain.

For a plea of guilty to several charges of soliciting and trafficking of underage girls, he served 13 months of work release in a private wing of the Palm Beach jail, and registered as a sex offender.

Starr said he was “in the room” when then-Florida State Attorney Alex Acosta made the deal that yielded the plea bargain for Epstein. Starr later described Acosta as “a person of complete integrity,” adding that “everyone was satisfied” with the agreement. Trump, in turn, reached into the cesspool to appoint Acosta a decade later as U.S. Secretary of Labor.

If one thing is clear, Trump has reinvigorated a whole cadre of New Underworld Order fixers and racketeers. In his mind there apparently aren’t any actually worthy, decent and capable operatives available in all of America. No, those people are pushed out. Indeed the 2016 election was nothing more than the battle between the failing country’s leading dark triads. Next, Trump may as well bring back the reanimated corpse of his old lawyer and mentor Roy Cohn.

Of course, many see through the dark triad, and not because they’re liberals. But a large segment of Americans buy and relish the dark triadism hook, line and sinker. The country is full of shameless cultish bootlickers. It’s pathetic but telling how they bow down to a dark triad personality.

People who are still Trump’s supporters are basically a cult at this stage. Both Lev Parnas and Michael Cohen have described their fanatical devotion to President Donald Trump as resembling a cult. Trump himself calls himself “the chosen one.” Some say he’s been sent from God, perhaps even being the prophesied messiah. Others say he’s the reincarnated King Nebuchadnezzar or, at the very least, make favorable comparisons.

His campaign manager literally said, “Only God could deliver such a savior to our nation.”

Pompeo agreed that “the Lord is at work here” in regard to Trump on defending Israel from Iran.

Huckabee said, “I think God calls all of us to fill different roles at different times, and I think that he wanted Donald Trump to become president.”

There are many other examples of that sort of insanity. Some come right from Trump himself in the form of retweeting religious extremists.

This allows him to generate a far-superior-to-others view of himself and a highly inflated superego – classic dark triadism. This, in turn, causes falsehoods and reckless on-a-whim behaviors.

For his followers it is cognitive dissonance, whataboutism, obsession with false religious beliefs and a cult/mob mentality that brings on this perfect storm of dark triad Trumpism.

4 Comments on Trump and His Dark Triad Mental State