THE JEWISH VOICE — A prominent staff member at the United States Holocaust Memorial Museum is urging the Trump administration to admit all immigrants from “violence-stricken countries” — which potentially could mean taking in hundreds of millions of people from around the world.

In the Washington Post’s online edition this week, Rebecca Erbelding, a staff historian at the museum who is often quoted as one of its spokespeople, wrote: “The overriding American priority should be admitting refugees from violence-stricken countries, and sooner rather than later — a lesson of the Holocaust that Trump is ignoring. “ 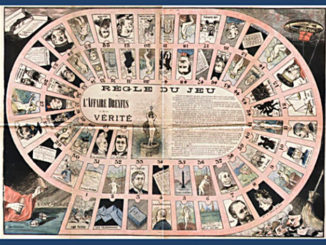 A Review of the Anomolous Aspects of The Dreyfus Affair

Was it the Jewish influence that landed her/him the post?

How brainwashed by authority does one have to be to take "health advice" from someone who chopped off their reproductive organ?