YAHOO! (BLOOMBERG) — Stock dip-buyers across the ETF world have vanished after seeing their account balances ravaged too many times in the 2022 meltdown.

Three times, to be specific. That’s the number of 5% bounces that have failed to endure in the S&P 500 this year — luring billions of dollars to exchange-traded funds in every rebound. Not this time. 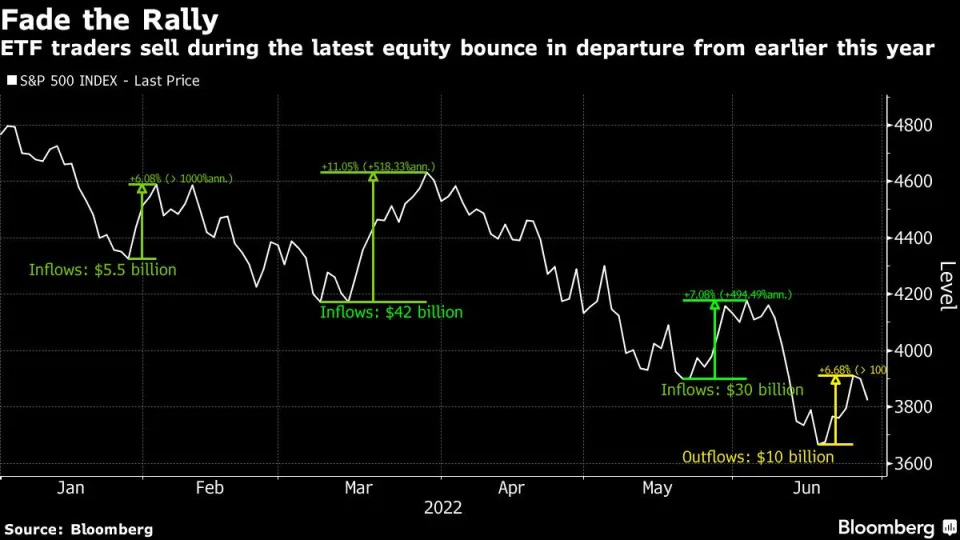 As the S&P 500 jumped more than 6% through Friday from its 2022 trough, roughly $10 billion was pulled out of equity funds, data compiled by Bloomberg show.

The bearishness has proved prescient this week as the selloff resumed in earnest, with the S&P 500 sinking 2% on Tuesday.

The outflows add to evidence that investor sentiment is souring after the once-successful strategy of buying the dip cratered.

At some point in the last two weeks, hedge funds tracked by Morgan Stanley slashed their equity exposure to the lowest level since 2009. Meanwhile, retail investors gave up on their long-held bullish stance, selling shares at the fastest pace in almost two years. […]