‘I was a greedy, ravenous individual, determined to rise from the bottom to the top. … It wasn’t me!’ — Serial killer Jack Unterweger’s final words to the jury that convicted him

Jack Unterweger (1950-1994) — also known as Jack the Strangler, the Poet of Death and the Vienna ripper — was an Austrian serial killer who rampaged in the early 1990s. Fifteen years after being jailed for killing a young girl, he walked free as a chorus of pajama people and the ultra-tolerant proclaimed he was a reformed man.

Unterweger is a poster boy for just how much harm the pajama people mindset can inflict on society. During a year following his release from prison, Unterweger murdered at least 11 more women.

His mother was a Viennese prostitute and his father is unknown. He grew up in poverty, living in a one-room cabin with his abusive, alcoholic grandfather. In his youth, he’d been a thief and pimp. Yes, rough life so some wanted to cut him extra slack.

Over nine years prior to his first murder conviction, he accumulated 16 convictions, mostly for sexual attacks on women, and spent all but 12 months of that time behind bars.

The troubled Unterweger in 1974 murdered 18-year-old West German national Margaret Schäfer by strangling her with her own bra, which would become his signature method. In 1976, he was convicted and sentenced to life in prison for the crime.

While in prison, Unterweger who could be charming wrote poems, short stories, plays, 50 little children’s broadcasts and eventually a widely successful autobiography called “Purgatory,” which was adapted for film. When his book became a bestseller, leading Austrian pajama people began to campaign for his release, claiming that his writing demonstrated his rehabilitation. For the hyper-tolerants, he became a symbol of redemption with a new career in writing. But he hadn’t changed. 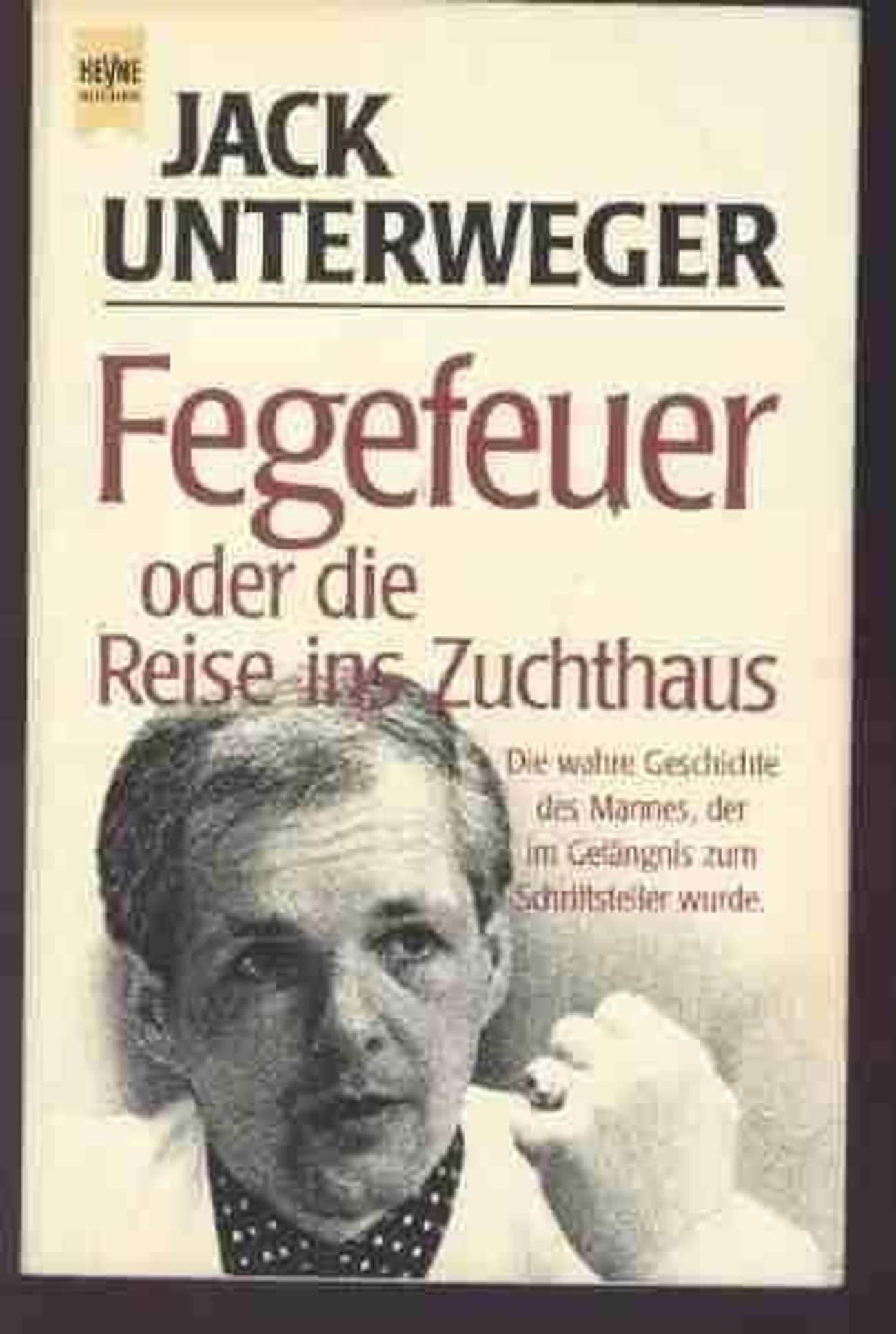 Unterweger gave televised readings from the prison’s auditorium, and they were attended by intellectuals and government officials. Later, he was allowed to attend the premiere of his play, “End Station Prison,” at the Vienna People’s Theatre.

A short, slender man with delicate, youthful features, he had a particularly strong affect on women, many of whom have described him as looking like a “little boy.”

A campaign was launched to free Unterweger. His advocates said he reminded them of the French criminal and author Jean Genet. They believed in writing his life story, and the self-reflection it required, he had transformed.

At a parole hearing, his lawyer presented a statement calling for his release that was signed by a who’s who of the country’s writers and artists. The statement concluded with the assertion that “Austrian justice will be measured by the Unterweger case.”

It doesn’t make much sense, why everyone was so enamored by him just because of his writing rather than his actions. But that’s how pajama people roll.

Martin Haselböck, musical director of “The Infernal Comedy,” who met Unterweger during one of his prison readings, explained the murderer’s acceptance into the establishment as a sign of the times.

“It epitomized the thinking at the time that art is stronger than crime and the far-too-liberal idea that everybody can be changed,” Haselböck concluded.

The intelligentsia secured Unterweger’s release in on May 23, 1990.

“That life is over now,” he told an eager press as he exited prison. “Let’s get on with the new.”

The state governor said, “We will never find a prisoner so well prepared for freedom.”

He continued writing, nurturing his career as a journalist. He traveled in and was feted by the highest circles and really had established a new productive career and life. For a few months, he reveled in his freedom and celebrity.

He became a regular on television chat shows. He read his work to enthusiastic audiences. Dressed in natty white suits and silk ties, he drove about town in a Ford Mustang, sporting the number plate “W-Jack 1.”

In reality — as opposed to clown world — the old itch was still there. Whodathunk. Unterweger began killing again and, in the greatest of ironies, he reported on the very crimes he had committed.

He was very much an organized and sadistic killer. Victims were taken to the woods, beaten, sexually assaulted with tree branches or poles and strangled with their own bras. He garroted eight women in this manner in Austria and Prague over four months before the end of 1990.

While being feted by the chattering classes and invited to glitzy soirees and parties, Unterweger was asked for his opinions and advice on the latest disappearance of prostitutes for which he alone was responsible.

Police dubbed the perpetrator of the serial killings as “The Courier.” Unterweger not only participated on television talk shows about the matter, but even conducted broadcast interviews on the street himself.

Certain police investigators grew suspicious of Unterweger, but they had to tread carefully. He had become a symbol of redemption for the hyper-tolerant liberal community. 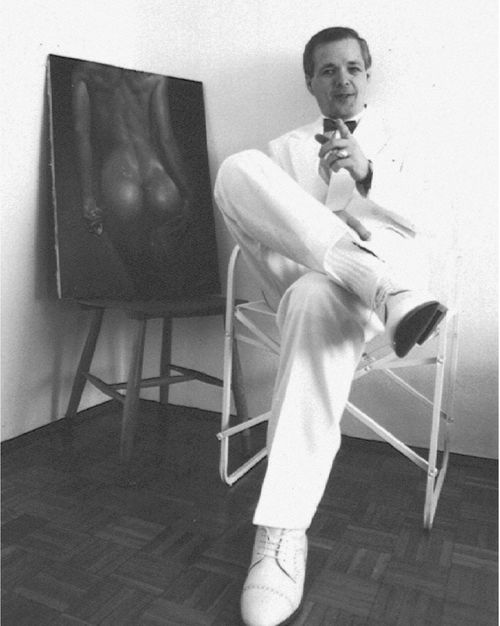 Meanwhile, Unterweger wrote articles criticizing the police force’s effort to track down The Courier. The political class and media supported his crusade against the police. So many had taken a great risk in believing that he was a reformed character.

He turned up in Los Angeles for a news reporting gig on women’s issues, specifically sex workers. He checked into the very same Cecil Hotel apartment where Richard Ramirez lived. There he did ride-alongs with police officers, touring red light districts, and stayed long enough to murder three prostitutes. Receipts from the Unterweger’s Cecil Hotel apartment correlated to hotels near where the prostitutes were murdered.

Readers may remember that Unterweger was mentioned in our post on Netflix’s “Cecil Hotel” documentary.

What Happened to Elisa Lam at the Cecil Hotel

Police eventually had enough evidence to arrest Unterweger, but he had fled by the time they entered his home.

Law enforcement agencies chased him and his girlfriend, actress Bianca Mrak, through Switzerland, France and the U.S.

While a fugitive in America, he started a campaign to make him look like a victim of police persecution and contacted the Austrian press. The manipulative Unterweger managed to persuade Austrian newspapers to publish his case for defense. Playing the wronged man role and a victim of police vindictiveness, some of the papers agreed and even paid him for an exclusive article.

Unterwegger played on “logic” to defend himself. Why, as he pointed out, would a man such as himself, who had been rewarded so well with fame and money, suddenly decide to destroy his privileged life by murdering women? Because he was a sick, twisted, inverted fuck?

Forensic experts offered that a man such as Unterweger was not rational. As someone who suffered from uncontrolled compulsions and fetishes, it really didn’t matter what status he held in life. He’d still kill. It was an addiction.

At his trial, when the horrors of his actions were finally revealed, all of the hyper-tolerant, who’da’-knowed benefactors gradually disappeared. Finally his old supporters started to see through the snake magic.

His own statements seemed to indicate that there may have been more victims, or perhaps it was nuanced pre-escalation.

From his days as a pimp, he confessed, “I wielded my steel rod among the prostitutes and pimps of Hamburg, Munich and Marseilles. I had enemies and conquered them through my inner hatred.”

After the jury returned guilty verdicts on June 29, 1994, Jack Unterweger committed suicide. He was found hanging in his cell in the Graz court at 3:40 a.m. He utilized his signature noose made using a thin metal wire and the drawstring of his jogging pants. He was facing a life sentence spent in a psychiatric prison. 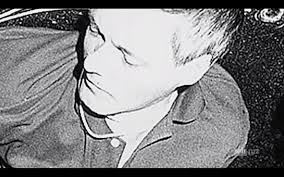 Given his death wish, and his history of sadistic violence, no one should have been especially surprised. For a poster publicizing a film about his life, he posed playfully with a noose around his neck. In his poems and letters to friends, he spoke of suicide as “the final freedom” that would bring “a longed-for peace.” In his long years in prison, he tried to kill himself at least three times.