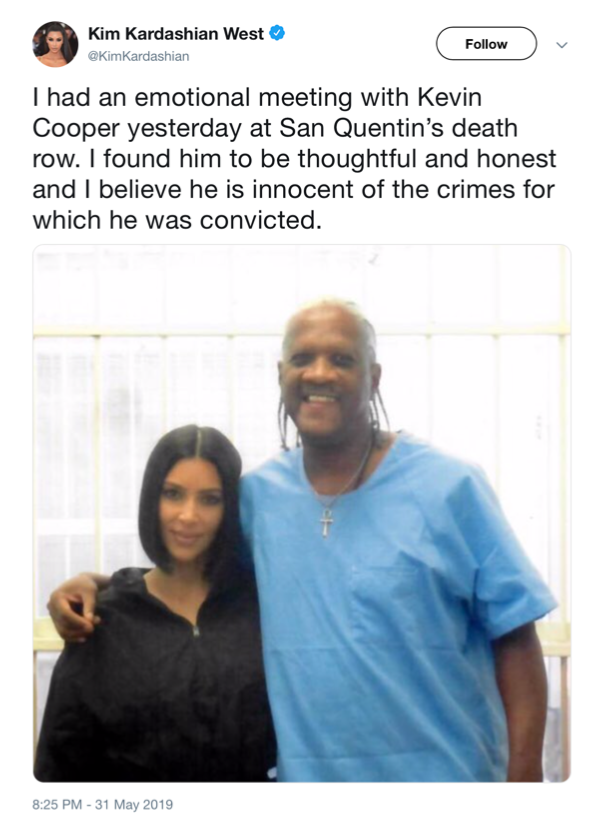 ANN COULTER — Having run out of international con women to promote or innocent biological weapons researchers to accuse, The New York Times’ Nicholas Kristof is banging on about a spectacularly guilty quadruple murderer who — according to Kristof — “is very likely innocent.”

In this belief, he is opposed by more than a dozen courts, including the California Supreme Court, the infamous 9th Circuit and the U.S. Supreme Court. Joining Kristof’s crusade are Kim Kardashian and the usual pro-criminal misfits. (At least Ivanka is no longer making criminal justice decisions for the White House!)

On June 4, 1983, a Chino Hills, California, couple and two children were hacked to death by a perpetrator using a hatchet, an ice pick and a hunting knife. Doug and Peggy Ryen, both 41 years old, had been chopped, slashed and stabbed 37 and 33 times, respectively. Their 10-year-old daughter, Jessica, had 46 wounds, and a visiting neighbor, 11-year-old Christopher Hughes, had 25. Some of the victims’ body parts had been fully amputated. The Ryens’ 8-year-old son, Josh, miraculously survived, despite a slit throat and hatchet blows to his head. […]

Criticizing Public Figures, Including Influential Journalists, is Not Harassment or Abuse