Winter Watch welcomes special guest writer Giuseppe Vafanculo. He’s a former professional journalist with more than 500 byline articles in major-market newspapers and magazines in the 1980s. His midlife career change led him to graduate summa cum laude from a top-five U.S. College of Oriental Medicine with a Masters of Science in Oriental Medicine and a Bachelors of Science in Eastern/Western Nutrition. Vafanculo is nationally board certified and licensed in Wisconsin and Virginia. He has owned and operated an Oriental Medicine/Acupuncture/Holistic Health practice for 15 years. The outrages of the COVID-19 scamdemic brought Vafanculo back to the new mass Internet media in 2020.

Remember the old Looney Tunes cartoons where Wile E Coyote was so confident in his superior intelligence and planning that he was going to create the perfect bomb-laden trap the Roadrunner could not possibly escape? Inevitably — every time — the plan would blow up in Coyote’s face.

This is literally what humanity now faces with the insane rush to market of an untested, unproven new technology — Pfizer’s, and soon Moderna’s, injection to rewrite human DNA. The mainstream media is calling this a vaccination. It is not.

Rewriting a patient’s DNA is not a vaccination. These dangerous injections by globalist parasites seeking to play god by literally cutting out a snippet of an individual’s DNA and replacing it with chimeric-creation messenger RNA that seeks to overwrite the patient’s own genetic code. This is transhumanistic rape. This is absolutely satanic overreach by the frankenfool mad scientists serving the globalist parasites, all to save us from a bug that delivers a nasty chest cold that 99.997% of the global population under the age of 65 survive. 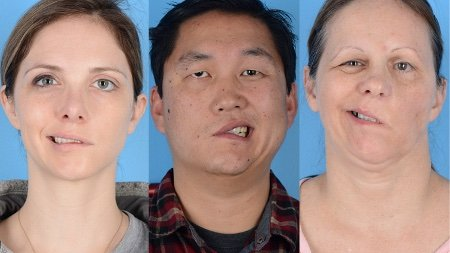 Already, the significant side effects should cause great concern for any person considering taking the Pfizer injection: six people died in limited Pfizer testing. Hundreds had neurological damage that is not going away. Bizarrely, multiple test participants developed Bell’s Palsy (the freezing of half of one’s face in a grotesque mask).

These shocking results lend credence to the theory that the Covid-19 quackcines serve a hidden eugenics function. A whistleblowing nurse revealed the label of the soon-to-be-approved AstraZenaca DNA-altering injection. The nurse reveals the contents of the vaccine include aborted fetal tissue, which some mainstream outlets have falsely “debunked”.

Similarly, Dr. Carrie Madej outlined the adjuvants of concern, while Dr. Christiane Northrup highlighted the existence of transverse myelitis in vaccine trial participants and the likelihood of pathogenic priming.

Another pair of whistleblower doctors in Europe revealed the Covid-19 shots could easily induce sterility in women, while there remains uncertainty whether the vaccine is excreted in human milk.

The list below of adverse reactions reveal the absolute fraud in bringing this deadly and dangerous rewriting of human DNA to the general public. Especially disturbing is the final line that reveals these Big Pharma giants have been testing this abomination on children. Clearly, the World Economic Forum minions view innocent children as a commodity.

Already, the unexpected side effects are frequent and shocking. Australian injection recipients were testing positive for HIV, so the entire Australian-created Covid vaccine program was cancelled.

Today’s toxic environmental stew caused by the poisons of Monsanto, Big Agra and Big Pharma have led to an explosion in allergies –especially in children.

Moderna, Pfizer/BioNTech and Arcturus Therapeutics Covid vaccines all utilize a never-before-approved messenger RNA (mRNA) technology, an experimental approach designed to turn the body’s cells into viral protein-making factories. This technology involves the use of lipid nanoparticles (LNPs) that encapsulate the mRNA to protect them from degradation and promote cellular uptake.

The LNP formulations in the three Covid-19 mRNA vaccines are “PEGylated,” meaning that the vaccine nanoparticles are coated with a synthetic, non-biodegradable, and increasingly controversial PEG.

Especially chilling is that nearly all of the couple thousand Pfizer test participants reported worse side effects after the second shot. This literally means that as the treatment has more time to corrupt the recipient’s DNA, the worse the side effects become.

These concerns don’t even take into account whistleblower accounts of a “biohazard nightmare” at the Merck vaccine plant.

As an extensive article in Vanity Fair that digs into the whistleblower allegation states:

But the very function of vaccines — to protect healthy people — requires greater vigilance, said Dr. Peter Hotez, a vaccine researcher and dean of the National School of Tropical Medicine at the Baylor College of Medicine.

“The bar for Covid vaccines is higher, because you are injecting people who are generally well to prevent them from getting sick, and the margin for error is lower,” he said.

With a COVID-19 vaccine, “you are potentially infecting the entire population of the United States, and if you get it wrong, it’s amplified by 330 million.”

For nearly 250 years, the religious cult of the needle has erroneously believed that mass injections of a small part of a microbial (live or dead), along with adjuvants, will stimulate an immune response that will cause immunity via long-lasting antibodies.

For 250 years, it has never worked as promised.

Remember in the ’70s when we were all promised one flu shot would prevent you from getting the flu ever again? Such quackery is the root of Quackcination, the pseudo-science of Big Pharma immunization that is more of a cult-like religion than a science.

Medical experts around the globe are risking their careers and their freedom for courageously speaking out against the DNA-altering transhuman injection.

Read “Doctors Around the World Issue Dire WARNING: DO NOT GET THE COVID VACCINE!!”

The hubris of the genetic transhuman cultists is shocking. Their level of knowledge of genetic manipulation is a checkers board, while the Divine, through nature, plays 64-level cosmic chess. The frankenfools seek to control or hardwire one aspect of a coronavirus response, while nature mutates and adapts thousands of times every moment. Just like Wile E Coyote, they are always arrogantly certain their daft strategy will work.

Dr. Judy Mikovits explains: ”So now you’re going to inject an agent into every cell in the body. I just can’t even imagine a recipe for anything other than what I would consider mass murder on a scale where 50 million people will die in America from these vaccines.”

Remarkably, there is an inoculation science that works. The science of homeopathy, created by German Doctor Samuel Hahnemann in the late 18th century, gets immunization right by distilling away all physical particles while retaining the energetic, healing essence.

Homeopathy is a far better and natural solution that has successfully delivered immunization with no side effects for over 200 years. No wonder corrupt globalist organizations — such as the FDA, CDC, WHO and E.U. Directive 2001/83/EC — continue to seek to ban homeopathy from general use. It is natural, it is effective and it denies profits to the Big Pharma criminal mafia. Visit https://www.homeopathycenter.org/