Child rapist and murderer Marc Dutroux, otherwise known as “The Monster of Belgium,” may soon be released from prison.

Police arrested Dutroux in 1996 for raping 11 underage girls and killing four of them. He filmed these gruesome acts. He also admitted to murdering one of his three flying-monkey sidekicks, Bernard Weinstein.

At that time, Dutroux claimed to be a henchman for an elite network of powerful, high-level, high-profile pedophile rapists and murderers.

Michel Nihoul, a powerful Belgian businessman who Dutroux named as his link to a child trafficking enterprise, was among 13 other people charged in the Dutroux Affair; however, they were charged with lower-level crimes — such as kidnap, rape, conspiracy and drug offences — and were given relatively short sentences.

Nihoul in a newspaper interview referred to himself as “the monster of Belgium,” Euronews reports, and also stated that he had “information about important people in Belgium that could bring the government down.”

For a deeper dive into this topic, see Russ Winter’s core essential article on Winter Watch: “Belgium’s Dutroux Pedophile, Child Rape Affair: A Road Map for Deep-State Criminality.” For those unfamiliar with Dutroux Affair, Lindsey Johnstone of Euronews compiled a concise and readable rundown of the crimes for which Dutroux was tried: “Explainer: Paedophile Marc Dutroux and the horror case that united a divided Belgium.” We also recommend the following documentary, “Marc Dutroux: The Monster of Belgium.”

In 2004, a court sentenced him to life in prison. In Belgium, 30 years is generally considered a life sentence; however, the courts can exercise discretion. A life sentence could be reduced to just 15 years or lengthened indefinitely, depending on such factors as remorse, atonement and ability to reintegrate into society.

Late last month, Belgium’s perverted justice system — a system that appears to focus more on fairness to perverts than justice for victims — approved a request by Dutroux’s attorneys to have the monster examined by a panel of five psychiatrists to assess whether he’s suitable for reintegration into society and whether there’s a risk of recidivism.

When authorities arrested Dutroux in 1996, he had already committed and had been convicted of similar crimes — namely, the kidnapping and rape of five young girls. For those crimes, he was released from prison in 1991, after serving only three and a half years of his 13-year sentence.

After his arrest in 1996, psychiatrist Walter Denys examined Dutroux and described him as  “the perfect psychopath.”

“I have researched more than 6,000 people during my 40-year career. Dutroux is certainly one of the few psychopaths I have met,” Denys said. “Psychopathy is not a disease that you can treat with a yellow or a red pill, but it is an anomaly of personality.”

In 2016, his former attorney revealed that Dutroux had planned to “kidnap many children” and create an “underground city” in an abandoned mine to imprison them, The Telegraph reported.

Dutroux’s ultimate objective with this newly approved psychiatric reexamination, according to news sources, is to be released from prison in 2021. If the court at that time concludes that continued incarceration is necessary, his attorneys intend to argue that he should be able to serve that time from his home while wearing an electronic ankle bracelet.

In 2013, Dutroux petitioned the courts for a parole release review. On the date of his hearing Dutroux’s own 78-year-old mother pleaded for his continued detention.

“I am certain he will start again,” Jeannine Dutroux, told Belgian newspaper Le Soir, in an interview published hours before the hearing. “Marc isn’t ready to be released because he still wants to attribute to others the responsibility for what he did.”

Ultimately, the court denied his parole request on the basis that he would not be able to reintegrate into Belgian society.

Now, his attorneys, Bruno Dayez and Nicolas Cohen, say 62-year-old Dutroux is talkative, responsive to questions, that he has atoned for his crimes and apologized to the family member of the victims in letters he wrote to them. The psychiatric review is the next step toward his release.

And besides, according to Dayez, a life sentence for the kidnapping, imprisonment, rape, torture and murder of numerous Belgian children is “exorbitant.” In a phone interview with The New York Times last month, Dayez said Dutroux’s punishment had been “sufficient” and that it was time for Belgium to “turn the page.”

You can’t make this stuff up. You can only hope there’s a special place in hell.

Meanwhile, the Belgian courts have released the rest of the known Dutroux Affair perps.

Nihoul was only convicted on the charges of drug trafficking and criminal conspiracy, for which the court sentenced him to five years in prison. He was released after two. On the bright side, he died a few weeks ago, on October 23, at the age of 78 after suffering from failing health for several months, Euronews reports.

Dutroux’s other two flying monkeys — his ex-wife Michelle Martin (aka “The Most Hated Woman in Belgium“) and Michel Lelièvre — have been paroled.

Martin, a former elementary school teacher, married Dutroux in 1983 and had three children by him before their divorce in 2003. She served time in the early years of their marriage for her involvement in Dutroux’s kidnappings and rapes of five girls. In 2004, she was convicted for holding girls captive in a basement cellar and starving them to death while Dutroux was away.

In 2012, Martin was released 16 years into her 30-year sentence, a move that was met by protests. Thousands marched, and some carried coffins bearing Martin’s name while calling for reform of Belgium’s judicial system. As a condition of her parole, Martin has to live in a convent. It seems an odd choice given that in 2010 the Catholic churches of Belgium were embroiled in allegations of child sex abuse and were suspect in this very case. Could it be that she was deliberately embedded in yet another secret network of pedophiles?

Lelièvre was found guilty of kidnapping but not of rape or murder. He was granted parole last month after serving 23 years of his 25-year sentence. The courts have given the 48-year-old just six months to secure a place to live. If he succeeds, he will be released.

So it looks as though the odds of release favor Dutroux. Is this his reward for keeping his mouth shut about the real kompromat network involved in these cases?

The Belgian criminal enforcement court meets again in May.

Will Belgians hit the streets to protest yet again?

In close, we recommend this short video of Anneke Lucas, a Belgian child sex-trafficking survivor. 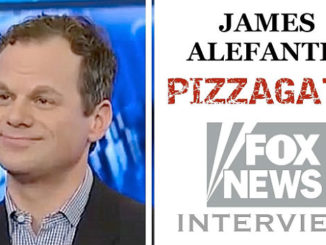 Compare Side By Side: Fox Faux News Interview With Pizzagate’s Alefantis and Reality 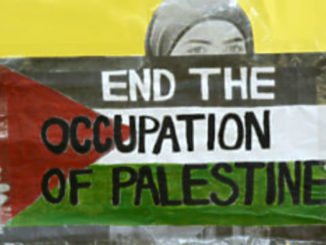 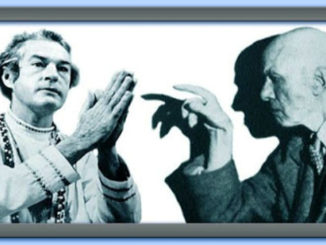 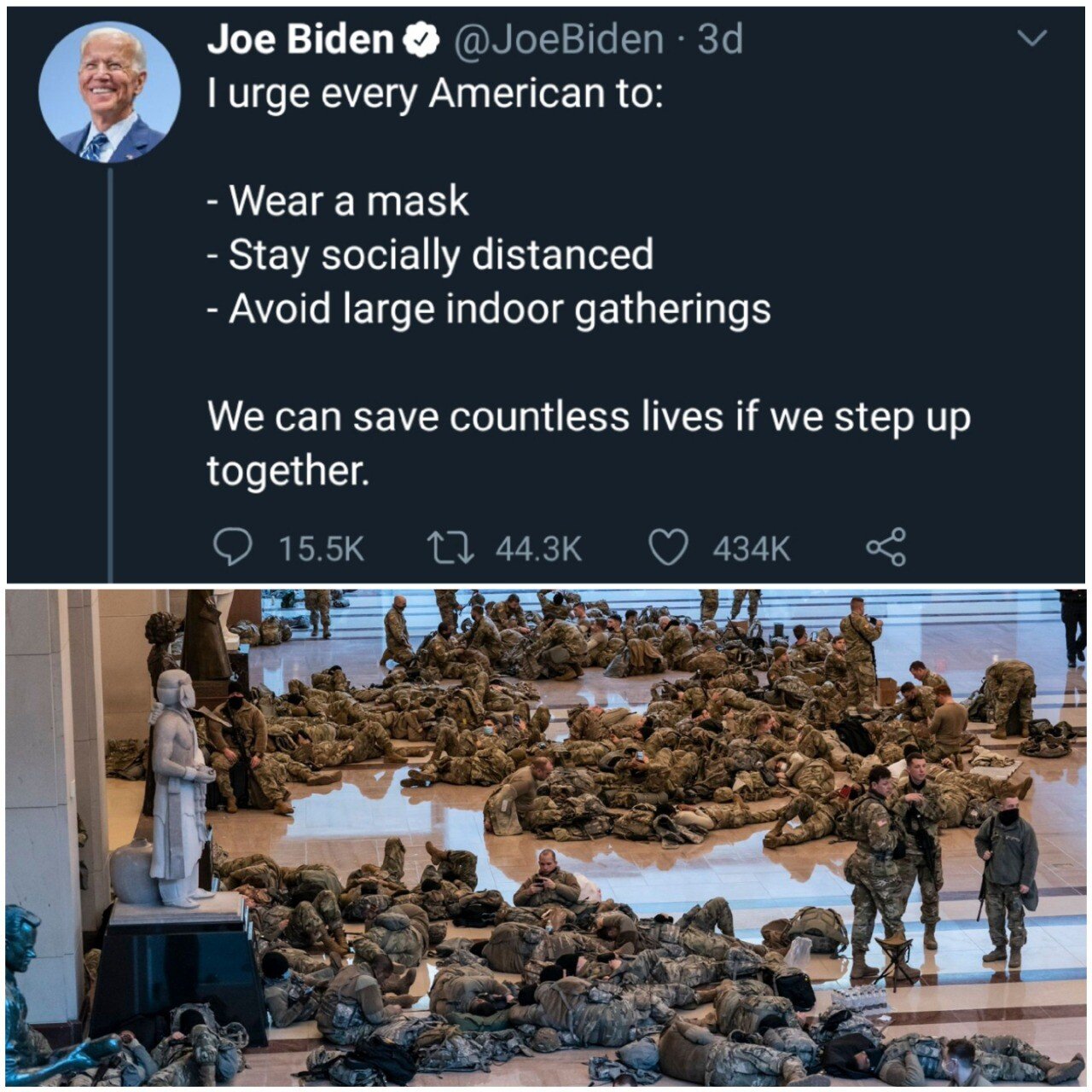