In returning to our historical tracking of Illuminism and Freemasonry via the books of Nesta Webster and James Billington discussed in an earlier post, we see these usual suspects shifting directions after some hard lessons from their failures in the French Revolution.

Masonry quickly recovered after being persecuted under Napoleon. Another French aristocrat, one Henri de Saint-Simon (1760-1825), (Comte de Saint-Simon) along with the new Masonic Lodge called Huate Vente, or Alta Vendita, led the charge.

These actors continued the Adam Weishaupt scheme of ending private property (to be turned over to the State), and the dissolution of marriage and family. But rather than condemning Christianity like his largely guillotined compatriots, Saint-Simon spun it so that his communistic utopia was a fulfillment of Christ’s true teaching. Saint-Simon’s leveling formula for the new Christianity: “The whole of society ought to strive toward the amelioration of the moral and physical existence of the poorest class; society ought to organize itself in the way best adapted for attaining this end.”

He added a sensual and even early form of sex, drugs and rock and roll to his “brotherly love” propaganda on Christian Socialism, a major political theme in the West to this day.

In reality, this is not Christ like but rather a highly materialistic and fraudulent misrepresentation.

Saint-Simon did not promote class conflict to the degree the French revolutionaries did. This had more public appeal, but was all still designed to level and demoralize society.

As an early socialist (note that the word “socialist” was not used until 1848), Saint-Simon also trod lightly on “capitalists” and plutocrats. He opposed excessive government intervention in industry. He advocated a form of technocratic/plutocratic socialism, an arrangement whereby industrial owners and bosses should control and lord over society in a manner similar to Plato’s philosopher kings.

I would suggest Saint-Simon was their agent. The rapidly advancing Judaized plutocracy of the Industrial age had no duty to workers, and one object, to appropriate the largest part of the work of others. As such, he was an early neo-liberal and deeply admired the dog-eat-dog laissez-faire philosophy of Adam Smith, to whom he referred and praised as “the immortal Adam Smith.”

As measure of the man, during the Terror Saint-Simon and Talleyrand planned to profiteer by buying the Cathedral of Notre-Dame and stripping its roof of metal to sell for scrap. He also became immensely rich through currency speculation (effectively shorting the French Franc). Saint-Simon later found himself ruined and was forced to work for a living.

In 1823, disappointed by the lack of results of his writing (he had hoped they would guide society toward social improvement), the always-unstable Saint-Simon attempted suicide in despair. Remarkably, he shot himself in the head six times without succeeding, but ultimately lost his sight in one eye. He did manage to live two more years and, at the end, his philosophy found key disciples.

Webster on page 107, “World Revolution Plot Against Civilization” describes the ranting of one of these disciples, Pierre Leroux.

Another Saint-Simon influenced disciple was one Charles Fourier (1772-1837). Fourier considered trade, which he associated with Jews, to be the “source of all evil” and advocated that Jews be forced to perform farm work. However, by the end of his life, Fourier became an ardent Zionist, advocating the return of Jews to Palestine with the assistance of the Rothschilds. 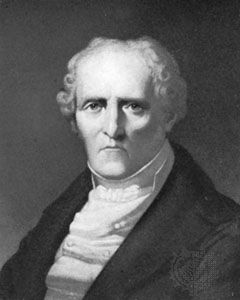 Fourier took libertine philosophy to new levels. He pushed for a return to nature by giving free reign to all passions. This was essentially promiscuous free love between sexes — and homosexual free for alls as well.

Wikipedia on the man is revealing: “Some of Fourier’s social and moral views, held to be radical in his lifetime, have become mainstream thinking in modern society.”

In addition to being a Zionist, he promoted greed as the “mother of all industries.” He also promoted an aversion to cleanliness so that people would become acclimated to doing “dirty work.”

Fourier used the word “civilization” in a negative sense: “Fourier’s contempt for the respectable thinkers and ideologies of his age was so intense that he always used the terms ‘philosopher’ and ‘civilization’ in a pejorative sense. In his lexicon, civilization was a depraved order, a synonym for perfidy and constraint … Fourier’s attack on civilization had qualities not to be found in the writing of any other social critic of his time” [Beecher, Johnathan (1986), Charles Fourier: The Visionary and His World,  pp. 195–196].

Fourier also pronounced that the seas would lose their salinity and turn to lemonade, and that the North Pole would turn milder than the Mediterranean. He predicted future men would be 7 feet tall, live to 144, and spend 120 of those years indulging in “free love.”

Fourier has a long list of modern-era usual-suspect fan boys writing endless praise. Among them is Herbert Marcuse, who in his influential work Eros and Civilization praised, “Fourier comes closer than any other utopian socialist to elucidating the dependence of freedom on non-repressive sublimation.”

Sublimation, n : is a “mature type” of defense mechanism, in which socially unacceptable impulses or idealizations are transformed into socially acceptable actions or behavior, possibly resulting in a long-term conversion of the initial impulse.

Sabbatean-Frankism as the Paradigm of the Modern Left