I am a strong believer in auditing charities for fraud and abuse. That said, I was shocked and angered to discover certain media groups chose the wake of Harvey to bash the Red Cross by rehashing a three-year-old investigative report into the 130-year-old organization’s failures in Haiti.

In a “gotcha” interview one week after Harvey, NPR — which has been gunning for the organization — tried to pin down its director of flood response logistics on a number: What percentage of every donated will go toward Harvey response? He didn’t have an immediate answer and referred the reporter to the fundraising chair. This apparently was fodder for inflammatory national headlines: “Red Cross Exec Doesn’t Know What Portion Of Donations Go To Harvey Relief.”

In my professional life, I have had the pleasure of meeting many Red Cross community volunteers and can report that these are good Christian folk. I also got to know rather well one of the regional directors. Her every waking moment is about helping others — not politics, not ego, not money. But what impressed me most about the Red Cross is the hidden and suppressed history of White Buses.

For Haiti, the Red Cross raised hundreds of millions of dollars for relief and vowed to build homes for families with the funds. Home building is far beyond the Red Cross’ standard scope of aid, which typically is to provide temporary assistance and immediate disaster response. The organization’s strength is resourcing and logistics. In a nutshell, it has the ability to quickly respond with large teams of trained volunteers, who provide food, water, blankets, Band-Aids and shelter. It had proudly touted on its website its low overhead cost of just 9%, leaving 91% of funds for the needy.

But Haiti was another story, apparently. The Red Cross gave millions to contractors to build houses that were never delivered. To make matters worse, their overhead for operations and fundraising reached 25% — yet they didn’t update their general 9% overhead figure on their website. Gotcha, NPR and Pro Publica said. What their articles grossly failed to mention again and again, however, is that 25% is considered normal overhead for charities.

A nasty smear campaign against Red Cross also ensued during Sandy and Katrina. News interviews featured people whining that they didn’t get a blanket, or they didn’t get enough water. Some criticized the organization for taking pictures of their disaster response and vehicles and publishing them in fundraising materials. (How dare they show what they do!)

Perhaps Red Cross has fallen under poor leadership at an international level. Perhaps they were duped, or they’ve lost their ability to respond like they have historically, for whatever reason. I don’t know all the ins and outs at every and researching it in depth is beyond my scope. What I do know is something stinks, and the stench isn’t necessarily coming exclusively from the Red Cross. It smells like a hatchet job.

Keep in mind that the media’s bashing of the Red Cross over Haiti during Harvey serves two purposes:

#1 – It’s a passive defense of the Clinton Foundation’s Haiti fiascoes. The hundreds of millions squandered by the Clintons in Haiti doesn’t seem so criminal when you can say, “Look, even the Red Cross tried but failed in Haiti.”

#2 – It’s passive-aggressive marketing for other charities. Red Cross has been the go-to organization for donations for a century. Other groups – especially special-interest and politically driven groups – want to siphon those funds for their own pet causes.

They apparently only want funding for lifelong victims and minorities in “marginalized communities.”

And now they’re gearing up for Florida because it’s such a hotbed of LGBT discrimination. Yeah, right. 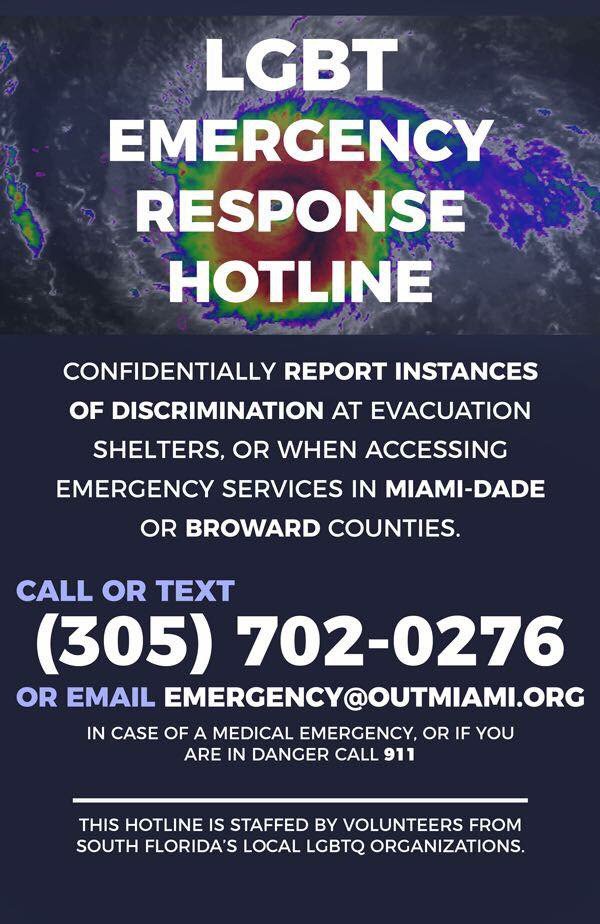 Speaking of, don’t forget to donate to the Jewish Federations of North America, which will also take your Harvey dollars and distribute it to Chosenites. Expect them to be operating in full force in (((Florida))) this week. If you’ve already spent your wad on other groups, don’t worry. The Wilf family, which owns the Vikings pro football team, is giving JFNA around a quarter of a million.

As if that weren’t enough, Christians United for Jews in Israel is donating $1 million to Houston’s Jewish community to help the “60,000-strong community repair and rebuild schools, synagogues and a community center damaged in the storm and floods.”

But listen. If the Red Cross hasn’t earned your trust and you want to give to a special interest group, allow me to recommend one: the NRA, a favorite among Texas rednecks.

During Harvey, Texas rednecks were building makeshift levys to save neighborhoods, storing water and food, arming themselves to protect their children/family/property and generally pitching in helping out. Meanwhile, lifelong marginalized “victims” wallowed in their helplessness, clutching their knees and begging on social media to be rescued. That’s because there are two types of people: those who do something and those who do nothing; helpers and helpless; heroes and victims; givers (volunteers) and takers (looters). Why enable when you can reward? Just sayin’.

Proud Boys wading through Texas flood with AR15s and shotguns as “anti looting patrol”. They don’t actually look equipped to help anybody.? pic.twitter.com/Wa1EeLSly9

3 Comments on Is Red Cross Victim of a Smear Campaign by Political, Special Interest Fundraising Groups?