Imagine you’re one of 200,000 California residents displaced by the Oroville Dam spillways failure. Your cold, you’re tired, you’re worried. Hotels and motels are fully booked. You’ve missed work because the schools that care for your children during the day are closed. You hope emergency federal funds will help recover some your unforeseen costs, whether its lost income, temporary housing or repairs. You hear Gov. Jerry Brown (D) has requested emergency federal aid from the President Donald Trump.

However, since Presidential Inauguration Day, your governor and his fellow Democrat cronies at the state capitol have been openly displaying hostility toward America’s newly elected leader and have made it clear the state will buck the Trump administration’s agenda.

Brown said if Trump scraps climate research satellites, California would “launch its own damn satellite.” In his State of the State speech on Jan. 24, he promised to fight Trump on illegal immigration. And, as a response to Trump’s “Make America Great Again” slogan, Brown vows, “California is Not Turning Back, Not Now, Not Ever.”

Rather than having the foresight to read Art of the Deal and to learn to play Trump’s game so as to affect better outcomes for their constituents going forward, California Democrats have instead acted like self-righteous, entitled libtards.

Reports indicate that over the last few weeks, California Democrats occasionally took breaks from protesting and lobbying against the president in order to ask for money. On Feb. 8, they delivered a $100 billion list of projects in need of federal funding, including a rebuild of the Golden State’s system of crumbling roads and bridges and improvements to transit and water storage. That list doesn’t include money California is hoping to raise for its aging infrastructure nor emergency funds for January’s floods, which Brown requested Friday.

Furthermore, lawmakers were presented two weeks ago with Brown’s projection of a $1.6-billion budget deficit looming on the state’s fiscal horizon.

At the same time, the state is refusing to enforce federal immigration laws and has stopped cooperating with the FBI’s counter-terrorism division. Though California has essentially been a sanctuary state since 2013, Democrats are pushing forward a state “sanctuary bill” that will prohibit state and local law enforcement agencies from using their officers or jails to uphold federal immigration laws.

“I think it’s ridiculous,” Trump said, reiterating his opposition to sanctuary cities, which he said “breed crime.” He signed an executive order in his first week in office that threatened to withhold federal funding for cities that don’t cooperate with federal immigration officials.

“If we have to, we’ll defund,” Trump said. “We give tremendous amounts of money to California. California in many ways is out of control, as you know.”

Trump said it wasn’t his preference to do so, and that states and cities should get money they need “to properly operate.”

But, “if they’re going to have sanctuary cities, we may have to do that. Certainly that would be a weapon,” he said.

It turns out that, like immigration, federal funds are NOT an entitlement.

Universities and infrastructure projects aren’t the only things that could lose federal funding. Trump can also withhold federal emergency funds, according to Dr. Ahsha Tribble, the acting FEMA Regional Administrator, who told CBS News, “Ultimately, the president has the final say in who and how disaster declarations get approved.”

n Saturday, when Oroville Dam’s main spillway showed signs of major damage, the cost estimate to for repairs was $200 million. Since then, the emergency spillway suffered serious erosion, which led to the evacuation of residents on Sunday. The tab for repairs is growing. Though the water level of the lake has since ceded, fresh storms will be rolling into the Sierra Nevadas on Thursday — the tentative day we’re told evacuated residents may return to their homes. But for how long? Meanwhile, Brown has sent yet another letter to the Commander in Chief requesting federal emergency funds.

Sorry, California, no soup for you!

So imagine it. You’re living in your car for four days along with your dog, cat and kids. While you’re hoping for assistance, your governor is spitting in the eye of the man who has the ability to provide much-needed aid. Why? In order to keep illegal immigrants in the state and out of jails regardless of the crimes they commit. Thanks, libtards. 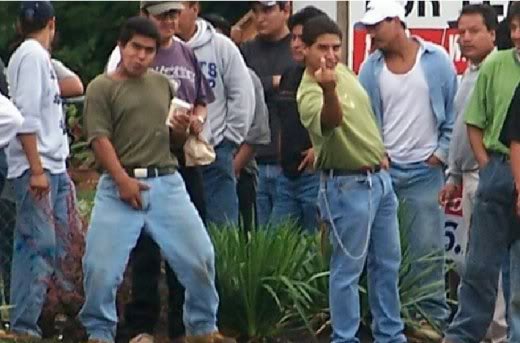 WSJ: "Black paid Epstein a total of $148 million, plus a $10 million donation to his charity—far more than was previously known."