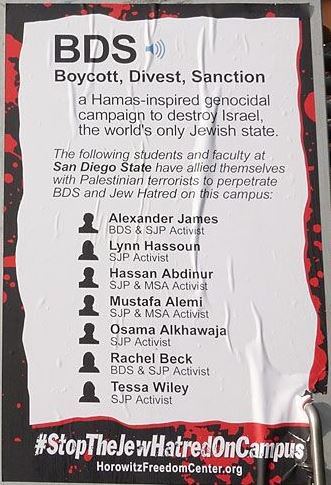 THE GUARDIAN — Sheldon Adelson, the Nevada casino mogul and conservative mega-donor, is leading a campaign against pro-Palestine groups on US college campuses and has funded a group that has publicly accused individual students of supporting terrorism and promoting “Jew Hatred”.

The multimillion-dollar effort, which has launched at six campuses in California, is targeting the boycott, divestment and sanctions (BDS) movement that has become increasingly popular among American university students protesting the Israeli government.

At the University of California, Los Angeles (UCLA), recent posters named 16 students and professors, saying they “have allied themselves with Palestinian terrorists to perpetuate BDS and Jew Hatred on this campus”. It further claimed BDS was a “Hamas-inspired genocidal campaign to destroy Israel”. […]