It is now known that many of the early protagonists of the counterculture participated in LSD experiments as part of the MKULTRA program of the CIA.

Examples include Ken Kesey, author of “One Flew Over the Cuckoo’s Nest” and founder of the Merry Pranksters who popularized LSD in the U.S. with so-called Acid Test bus tours and parties (see photo at left). And there was Robert Hunter, a lyricist and singer-songwriter best known for his work with Grateful Dead.

The whole LSD scheme and the forces behind it were not even hidden. In the following video, Dr. Timothy O’Leary openly credits the CIA for LSD and psychedelic drug culture.

We would rank our post on Timothy’s Leary’s LSD reunion — “In Plain View: Jaw-Dropping Video of LSD Promoters Holding 1979 Meeting” — as the most under-appreciated yet important hidden histories on our website. Perhaps the title was too arcane and lacking in click bait to tease readers, or perhaps the 60-minute video was too long for those with 2-minute attention spans. Whatever the case, if you have an hour to spare, you will find the revelations stark and eye-opening.

Also note in the video repeated references to Aldous Huxley (1894 –1963) as a source of inspiration for LSD promotion.

In the reunion video, “A Conversation on LSD,” we see Dr. Humphry Osmond and Tim Leary discussing Leary’s hiring. Revealed is that Timothy Leary was hired by Osmond and Aldous Huxley on the night of Kennedy’s 1960 election to popularize the new psychedelic drugs. Dr. Osmond was at the cutting edge of psychiatric research in the 1950s. The book “Acid Dreams” revealed Osmond’s CIA and MI-6 connections.

We also observe a strange little man dressed in a police outfit, one Alfred Matthew Hubbard (1901– 1982), called the Johnny Appleseed of LSD, who introduced Aldous Huxley to it in 1955. Hubbard was the CIA’s front man and dispenser of LSD on the large scale.

But it was Osmond who earlier introduced Aldous Huxley to psychedelic drugs, in this case, mescaline in the spring of 1953. Osmond supervised Huxley’s session in southern California. Huxley then wrote “The Doors of Perception” to promote his New Age psycho-babble on psychedelic drugs.

Humphry Osmond: Remember the first time we met, which was in Cambridge? On the night of the Kennedy election.

Osmond: 1960. We went out to this place. And Timothy then was wearing his gray flannel suite and his crew cut. And we had this very interesting discussion with him. And when we went. … and I don’t think I told you this, Timothy. But the night we went, we both said, “What a nice fellow he is.” He says, “He’s a very nice man”; and Aldous said, “It’s very very nice to think that this is what’s going to be done at Harvard”. He said, “It would be so good for it.” And then I said to him, “I think he’s a nice fellow, too. But don’t you think he’s just a little bit square?” [laughter] Aldous said, “You may be right; but after all, isn’t that what we want?” [laughter]

Timothy, when I’m discussing the need for understanding human temperament, this is the story I tell. Because I said, yeah, Aldous and I were deeply interested in the nature of human temperament and we meet someone who I think that was probably the least satisfactory description of you ever made, Timothy. I think even your greatest enemies would never make that description. And we made it. We were very, very concerned, because we held that perhaps you were a bit too unadventurous. You see what insights we had.

Al Hubbard: Well, you sure as heck contributed your part, but uh…

Also present at this ’79 reunion was Dr. Sidney Gottlieb, who directed drug experimentation used by the CIA in cooperation with participating “colleges, universities, research foundations, hospitals, clinics and penal institutions.” LSD was tested on “prisoners, mental patients, volunteers and unsuspecting human subjects.” Ted Kaczynski, who later became notorious as the Unabomber, also participated in the LSD experiments at Yale.

Gottlieb was also directly involved in the murder of Frank Olson, which led to the Frank Church investigation of the CIA.

Typical of this experimentation beta-test conduct was the case and cause of the “cursed bread” of Pont-Saint-Esprit, France (1951), that left residents suffering hallucinations. It was discovered the U.S. CIA had spiked the bread with LSD as part of an experiment.

Pont-Saint-Esprit inhabitants experienced an “acid dream” alright. They were suddenly racked with frightful hallucinations of terrifying beasts and fire. One man tried to drown himself, screaming that his belly was being eaten by snakes. An 11-year-old tried to strangle his grandmother. Another man shouted, “I am a plane,” before jumping out of a second-floor window, breaking his legs.

TIME magazine wrote at the time: “Among the stricken, delirium rose: patients thrashed wildly on their beds, screaming that red flowers were blossoming from their bodies, that their heads had turned to molten lead.”

In 1976, the Church Committee reported that from 1954 to 1963 the CIA “randomly picked up unsuspecting patrons in bars in the United States and slipped LSD into their food and drink.”

Huxley was the guy who, in 1949, wrote George Orwell after “1984” was written with this lizard lip-licking Bentham observation. The intent was essentially magical thinking designed to influence and encourage individual isolation and prolonged childhood (infantilism).

Within the next generation I believe that the world’s leaders will discover that infant conditioning and narco-hypnosis are more efficient, as instruments of government, than clubs and prisons, and that the lust for power can be just as completely satisfied by suggesting people into loving their servitude as by flogging them and kicking them into obedience.

After this beta testing of LSD was juxtaposed with Huxley’s servitude doctrine, the Crime Syndicate went into full-court drug promotion on a grand cultural scale — the Flower Generation shit storm. [See Flower Power Sowed Seeds of 50 Years of Weaponized Degeneracy] 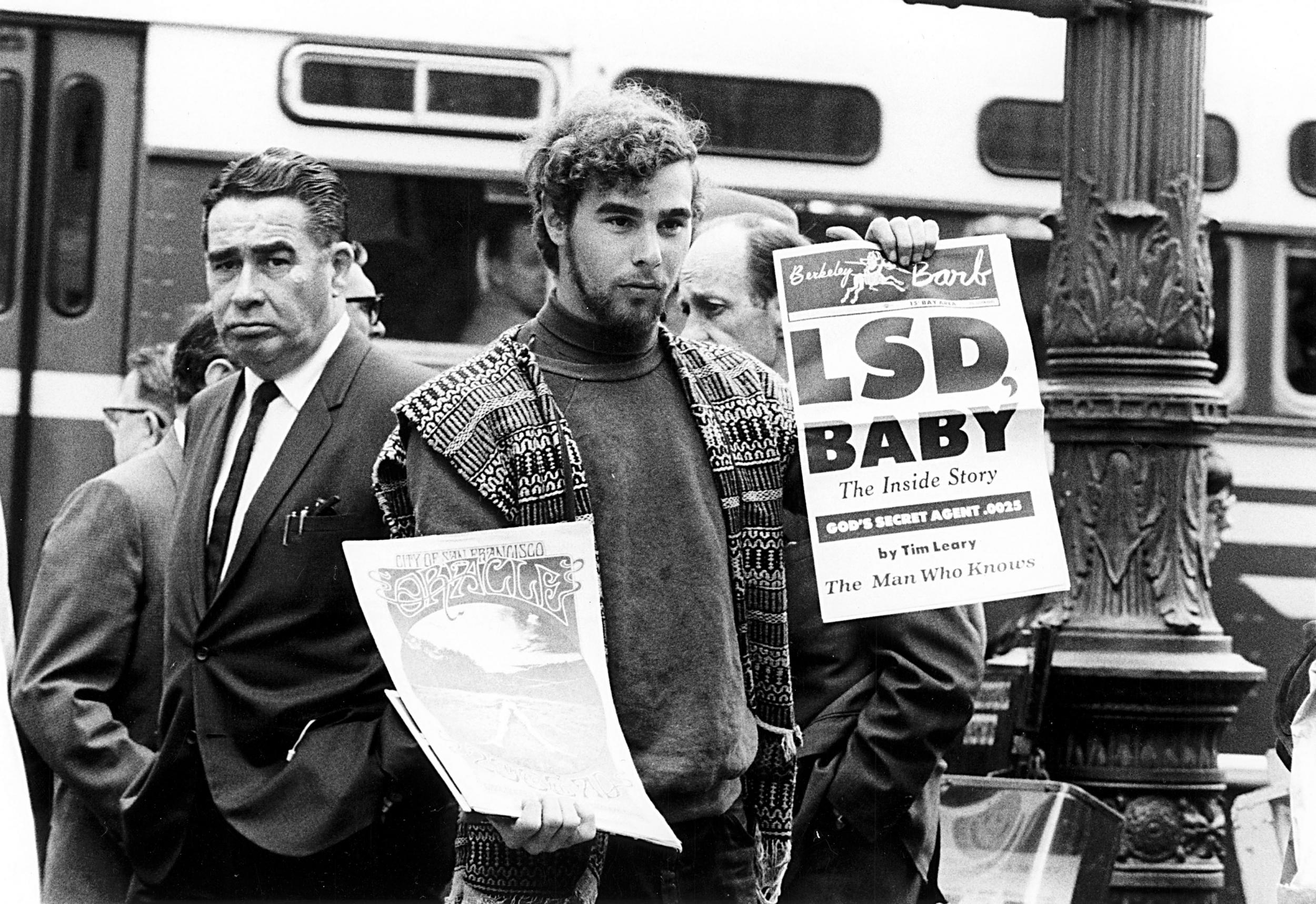 Joe Biden: "Times are tough, but I want you to know that help is on the way."