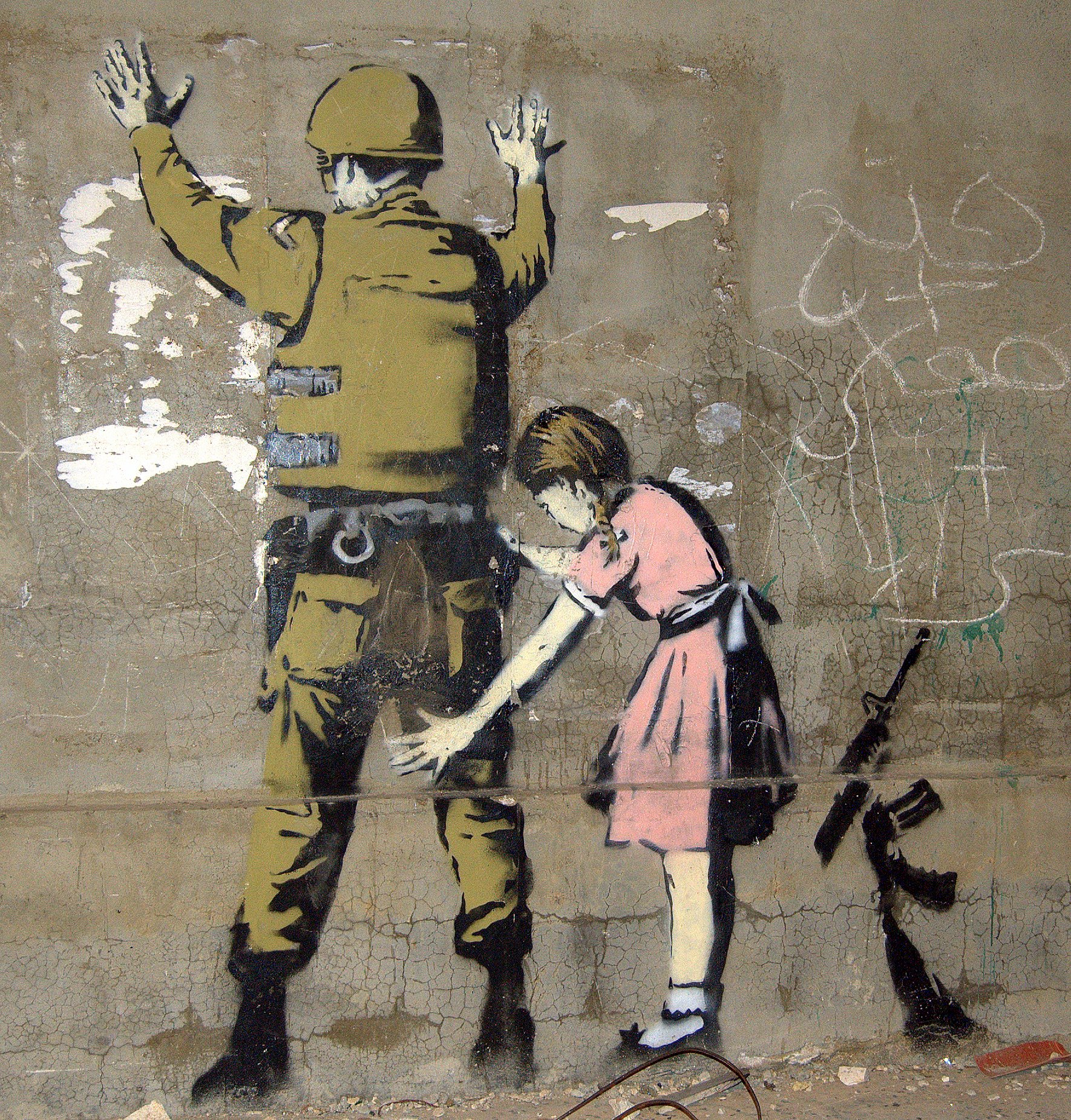 The Israeli company, which wrapped Gaza in a fence to prevent militant attacks, has helped construct barriers along the Egyptian and Jordanian frontiers. It’s now competing for the contract to build a wall on Kenya’s border with Somalia, Koursh, Magal’s chief executive officer, said. If Donald Trump makes it to the White House, Mexico could be next.

“The border business was down, but then came ISIS and the Syrian conflict,” Koursh, 44, said in an interview, using an acronym for Islamic State. “The world is changing and borders are coming back big-time.”

Mounting jihadist violence and waves of migration have created a surging demand for fortified frontiers. Critics question the long-term effectiveness of such defenses, arguing that improved intelligence, along with solutions to political, social and economic problems, would be more effective.

Shares Gain
Gaza, the scene of three wars with Israel since 2008, has become a key sales prop for Magal’s “smart fences,” which are integrated with video cameras, ground sensors, motion detectors and satellite monitoring. Palestinians say Israel’s fencing project has turned the Hamas-ruled area into a prison trapping its 1.8 million residents.

The controversy hasn’t deterred investors. Magal’s Nasdaq-traded American Depositary Receipts have risen 23 percent this year. That’s among the best in comparison to 183 peers with a market capitalization above $50 million, and well above the average 0.3 percent gain, according to data compiled by Bloomberg.

Revenue rose 7 percent in the first quarter to $12.6 million. While gross profits also increased, the company posted a net loss of $500,000 as the shekel’s strength against the dollar “negatively affected the financial expenses.”

Koursh said he is looking for growth beyond Israel and Magal’s biggest market in the U.S., eyeing acquisitions in Europe. The company will also put a greater emphasis on selling products — such as fences, cameras and detection equipment — over project management.

Magal’s $14 million acquisition in April of Ontario-based Aimetis Corp., a maker of video surveillance equipment, led to a “smart city” product that it plans to introduce in the Tel Aviv suburb of Holon. The company signed a draft agreement last week for a $5 million plan to line the city’s streets with hundreds of cameras linked to alarm systems, intercoms and emergency buttons in public areas.

Kenya’s Project
Kenya’s planned 682-kilometer (425-mile) border project would be bigger than anything Magal has ever been involved with, at an estimated cost of 1.54 trillion shillings ($15.2 billion) if built along the entire stretch. Koursh said Magal, which built and operates the perimeter security system for Nairobi’s Mombasa port, has made presentations at government ministries.
“We put a smart fence around the entire Gaza Strip,” he said in an interview last month in Nairobi, Kenya, where he was part of a business delegation Prime Minister Benjamin Netanyahu led to Africa. “Anybody can give you a very nice Powerpoint, but few can show you such a complex project as Gaza that is constantly battle-tested.”

Since 2011, Kenyan troops have been battling al-Qaeda linked al-Shabab militants in Somalia. Mwenda Njoka, a spokesman for Kenya’s Interior Ministry, didn’t respond to e-mailed questions seeking details on the project.

[Regarding the] U.S. Border, “Israel is known as a leader in developing anti-intruder systems because of the threats it faces constantly,” said Yiftach Shapir, a senior fellow specializing in military technology at the Institute for National Security Studies in Tel Aviv. He said such barriers “are not impermeable, especially with a very long border like in the southern U.S that needs constant patrolling.”

That’s not stopping Magal from closely following Trump’s controversial proposal to build a barrier to stop undocumented immigrants from slipping across the 2,000 mile-long border between the U.S. and Mexico.

“We would join forces with a major U.S. defense company that has experience with such projects worldwide,” Koursh said. “We’ve done it in the past and we would definitely want to do it.”

Visit to the Gaza Fence
At 2:31 in the video there can be seen the famous Samson Remote Weapons Stations, which mount the fence. These are operated 24/7 from a control room.

From where are operated the cameras and machine guns.

Currently the US fence on the Southern border, is porous. US presidential candidate Donald Trump has promised that he fortify the fence. It is unlikely that the fence would ever need to be as strongly fortified as the Gaza fence, due to the friendly relations between the US and its neighbours. The situations are not comparable. However, there are obvious gaps that could be filled.

The Nationalization and ‘Israelification’ of US Police

With Jared Kushner, It’s All About 8d Snakes and Ladders