It is fair to start with the good first- Cosimo de’ Medici (1389-1464). He was advised by his father to carry himself modestly. He was the antithesis of a prima donna and the diametric opposite of what infests our world today. There was no 4-D chess here. In fact much of what plagues the world today is a severe dearth of Cosimo Medicis among the satanic oligarch class. Medici was always viewed as primus inter pares (“first among equals”) rather than an autocrat.

Cosimo stated, “All those things have given me the greatest satisfaction and contentment because they are not only for the honor of God but are likewise for my own remembrance. For 50 years, I have done nothing else but earn money and spend money; and it became clear that spending money gives me greater pleasure than earning it.” 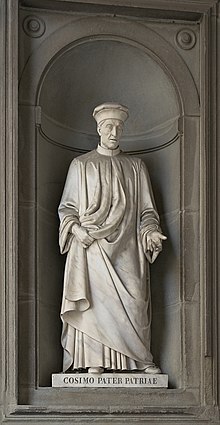 4 Out of Every 5 Vatican Priests Are Homosexual, Book Claims

Were the Witch Trials and Burnings for No Good Reason?

7 Comments on Where is Cosimo de’ Medici When We Need Him?