Russ goes through the 1979 CIA smoking gun document “The History of CIA-University Relations” that reveals the infestation of American academia and intelligence by German-Jewish Frankfurt School (New School) “intellectuals.” Much of this was conducted by neocon William Langer the head of Harvard’s history department, who was instrumental in “rewriting” and deep-sixing recorded history. Langer also injected crackpot Freudian psychoanalytic doctrine into the process of history. 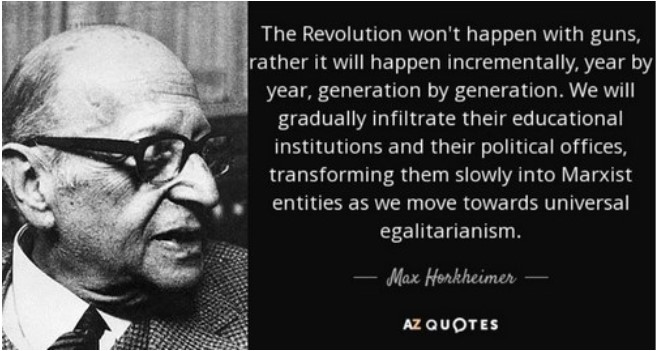 The central characters of the takeover of academia by critical theory Marxists are dissected. The methods taught by this brood included Kurt Lewin’s strategy of tension, Herbert Marcuse’s promotion of Eros (Me centered atomized hedonism), and Theodor Adorno’s bogus “Authoritarian Personality” aka fascists. The SNL routines referenced can be found in the Flower Power post. Others in the cultural promotion of drugs are skewered in the talk.

Posts referenced in this show:

The Full “Patrick Ryan Show” with Dino is Available Here

Would Social Media Have Censored Video of 9/11 or the Kennedy Assassination?

Are Music Performers Selling Their Souls to Satan?