The death-by-selfie Social Darwinism phenomenon is the outcome of “Me! Me! Me!” nitwitism combined with high-quality, inexpensive technology like Go Pro cameras, Iphones, etc. The shots themselves are free.

Deaths are reported all over the world. In the U.S., for example, a college student fell off a cliff while posing for a selfie. A Polish couple fell off a cliff right in front of their children after crossing a warning barrier to take a selfie. But who knows how many are killed or maimed in developing countries. The very idea behind some of the daredevil selfies seems to be to skirt as close to suicide as possible. Some selfie-bugs are simply inattentive or autistic.

The problem, experts say, is what happens inside our brain while we’re snapping the photos. Psychologists call it selective attention, or inattentional blindness. The basic concept is this: Our brain can’t possibly process all the stimuli it receives at one time.

Those sorts of initiatives could help with selfie deaths caused by unattentional blindness, says psychologist Keith Campbell, co-author of the 2009 book “The Narcissism Epidemic: Living in the Age of Entitlement.”

Attempting to multi-task is also a well-known problem, because it’s not something we’re mentally wired to do. Technology has evolved faster than our physiology. Yet, a 2015 survey by Erie Insurance Group found that 4% of all drivers admitted to taking selfies while driving.

In the U.S. and Europe, death by selfie, in general, is caused by inattention and poor choice of shot positioning. India and Russia have high rates of selfie deaths, with extreme daredevil behavior being the cause, as illustrated in the videos below.

Taking too many selfies means you have a mental disorder called “selfitis,” a term first coined in 2014 as a joke. It’s now being taken seriously by the American Psychiatric Association (APA), which labels the obsessive urge to take selfies a genuine “psychological complex.” The APA is a fraud, but I think they nailed this one.

One of the great puzzles of our age is how hundreds of millions of high quality photos are taken daily, but there are very few high quality images of the dozens of so-called terror events of the last several years. Also notice, just to cite one example, how many of the YouTube videos we used in our Parkland analysis have been scrubbed. About the only photos available are emotion shots of solitary shoes, and people hugging.

People have been taking selfies to extreme levels in order to get more likes and viral acclaim for their photo. The temptation is there, as many of the photos are bucket-list quality given that the camera technology in new smart phones is so excellent.

Then there’s social competition. People take selfies to increase their social media status, or likes. It’s also a last bastion of expression for people who can’t communicate well verbally or in writing.

Psychologists have looked at the personality “dark triads” in terms of selfitis. It’s more about narcissism. hedonism and self-objectification than psychopathy, and Machiavellian.

Death and Injury by Selfie

Selfie deaths are a growing problem, and researchers are starting to tally the death toll.

Last selfie for this narcissistic risk taker. No concern about landing on someone.

Say good bye to me, me, me — and hello to oblivion. Tip: If you’re doing something that makes others feel compelled to stop and photograph you, you might reconsider what you’re doing. 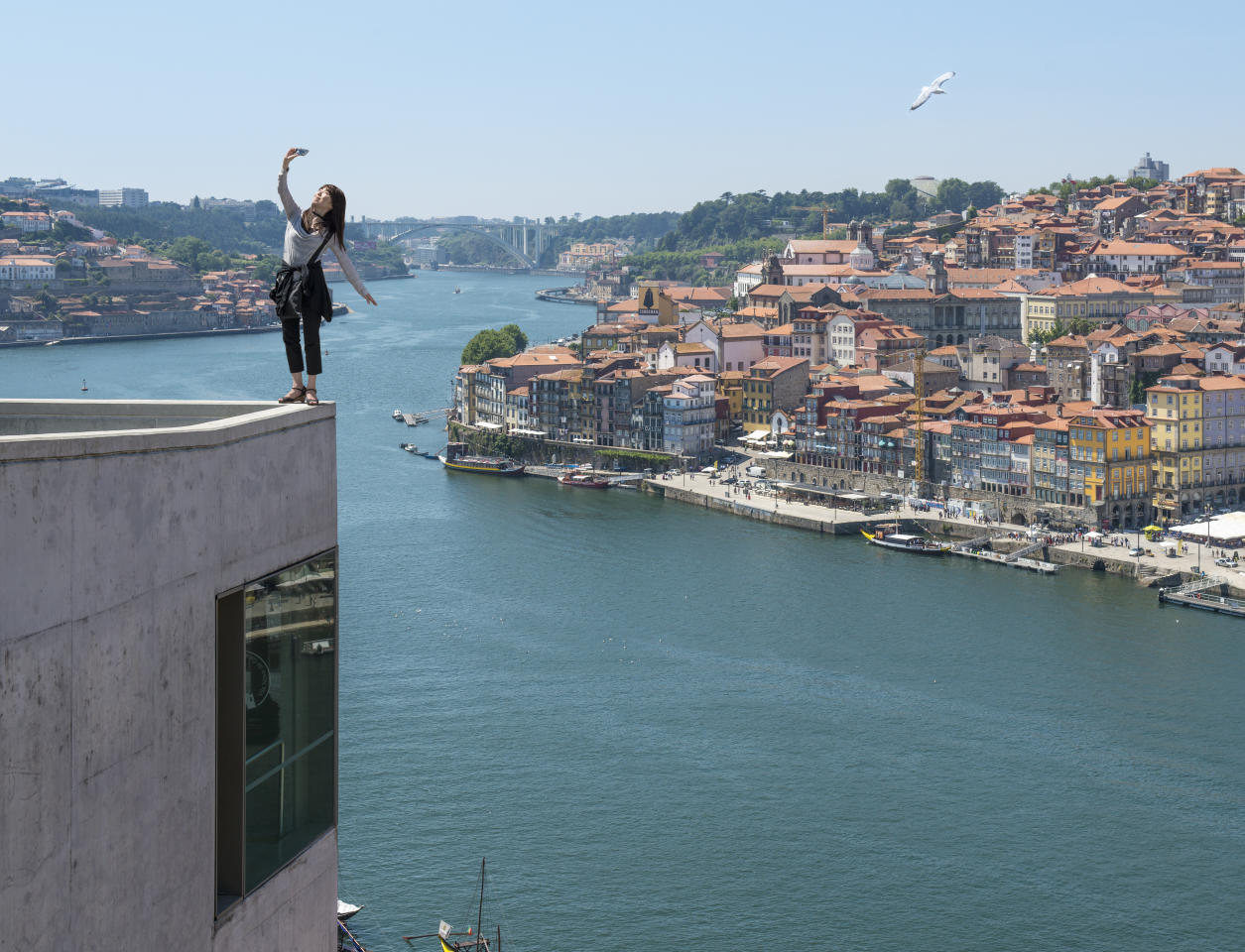 There are open tracks and fast-moving trains in India and China combined with very dumb people. Accordingly, the craze there involves selfies on train tracks. This young woman is swept under a train during misguided selfie.

Taking selfies on top of trains (train surfing) seems to be a growing trend, and so are electrocutions. This Darwin Award candidate escaped with severe burns.

8 Comments on Death by Selfies and Social Darwinism