Editor’s Note: This post is not original Winter Watch material but could have just as easily been penned by us. It comes from a self-described black male in his late 20s and was posted on Reddit. We couldn’t agree more with the content. The writer “Margaritavilllll“, now suspended by the Reddit cesspool, shows real awareness of the planned- and deliberate-collapse theory that WW puts forth, as well as the organized scheming, programming and agitprop against all of us. Of particular value are the video citations being used in entertainment that is worth scrutiny and sharing with others.

We have lightly edited some misspellings and grammar. Also, WW readers can fill in their own blanks as to who and what TPTB (the powers that be) are. See Who Controls Hollywood, see Who Controls TV.  And WW supports a boycott movement against the corporations that are purveyors of agitprop and who are now heavily funding Alinskyite organizations like BLM..

WW has also noted that blacks as a demographic, score high on awareness of neocon warmongering skullduggery. See: HuffPo Poll Indicates Too Many Trump’tards Are Brainwashed Warmongers

Unfortunately this skulduggery is now so advanced and the actual divide so menacing that thinking white people need to go on the offensive against what is clearly the conquer phase.

The toxic self-hatred of white Leftists

Latest show, Cracka, about raping and killing whites. Producer and director is Dale Resteghini aka Rage, who has been pumping out this genre for dindu consumption and mind warping for some time.

Just another day of menace in Dindu overrun America

This African American man beat a white employee of a Macy’s.

Watch the video and tell me this shouldn’t be investigated as a hate crime.

As an African-American male, I am deeply appalled at the divide-and-conquer agenda we’re seeing in film and television. They are putting out films that portray black history as “unfair” and “vengeful” against whites. They are trying to incite blacks like me into aggression vs whites. Propaganda 100%. 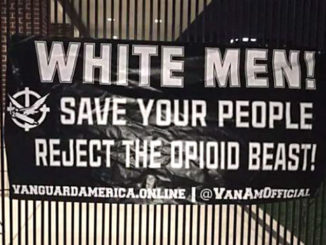 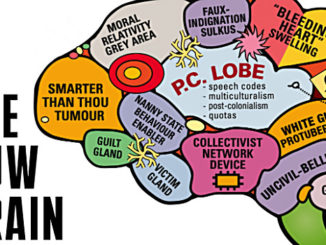 A New Religious Cult Has Emerged: The Branch Covidians https://www.winterwatch.net/2020/11/a-new-religious-cult-has-emerged-the-branch-covidians/

Was it the Jewish influence that landed her/him the post?

How brainwashed by authority does one have to be to take "health advice" from someone who chopped off their reproductive organ?