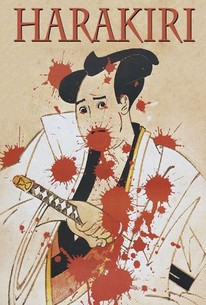 The massive emergency relief bill (aka the hara-kiri bill) passed on Capitol Hill last week and approved by Trump on Friday provides for “replenishment” of the U.S. Treasury Department’s murky and secretive Exchange Stabilization Fund (ESF).

This is what Trumpian mucky muck Lawrence Kudlow said at the press conference:

“And finally, I want to mention the Treasury’s Exchange Stabilization Fund. That will be replenished. It’s important because that fund opens the door for Federal Reserve fire power to deal in a broad-based way through the economy for distressed industries, for small businesses, for financial turbulence.

You’ve already seen the Fed take action. They intend to take more action. And in order to get this we have to replenish the Treasury’s emergency fund. It’s very, very important. Not everybody understands that.

That fund, by the way, will be overseen by an oversight board and an Inspector General. It will be completely transparent.

Constitutionally, the U.S. Secretary of the Treasury can only spend money that has been appropriated by Congress. But with the consent of the president, the secretary has substantial leeway to use the money in the Exchange Stabilization Fund (ESF) that Congress created in the Gold Reserve Act in 1934. The act initially established the ESF as a reserve to stabilize the U.S. dollar in case of turmoil in foreign currency markets after the U.S. abandoned the gold standard.

But the U.S. Treasury has mostly used it to provide loans to other economies on the brink of default. For example, it was used to stabilize Mexican government debt in the 1994 peso crisis.

As amended in the late 1970s, the act provides that “the secretary … with the approval of the president, may deal in gold, foreign exchange and other instruments of credit and securities.”

As of the end of February 2020, the ESF claimed it held $93.7 billion in U.S. dollars, euros, Japanese yen and Special Drawing Rights, an international reserve asset created by the IMF. There were $53.4 billion in liabilities, netting a balance of about $40 billion.

The balance sheet is increased in the hara-kiri bill by $454 billion. Once it is provided as collateral, it can be further leveraged in the manner Kudlow describes. With this largess, the Treasury, through the ESF, will hyper-manipulate the economy.

In 2008, IndyMac Bank in Pasadena, Calif., collapsed in one of the largest bank failures in U.S. history. Mnuchin led a group of investors, including funds run by Soros and other hedge-fund and private-equity titans, who bought it from the government for about $1.5 billion and renamed it One West. Illustrating in spades how parasite guildists work, the Federal Deposit Insurance Corporation (FDIC) guaranteed to cover a portion of any future loan losses, a lucrative arrangement for Mnuchin and his partners.

Munchkin is errand boy for international bankers. His background is as a public information officer.  He’s not a financial genius. Why’s he so trusted? Rothschild family member perhaps? Trusted PIO, certainly. Proving ground was Sears, and the bust from last crisis. He proved he has no humanity, no empathy (robo filing foreclosures; screwing Sears employees out of pensions while his echoberg college buddy looted the company). Ran same method with One West.

Nothing to see here, move along?

In the 2020 version of the stimulus/hara-kiri loot, the ESF has expanded or re-opened programs to accept as collateral money market fund assets, corporate bonds and loans, municipal bonds, and asset-backs securities (ABS) backed by consumer and small business loans. Initially the Treasury promised the Fed $50 billion out of the ESF to cover any losses in these new lending programs. If there are losses, the taxpayers are on the hook.

The ESF can be used to purchase or sell foreign currencies, to hold U.S. foreign exchange and Special Drawing Rights (SDR) assets, and to provide financing to foreign governments. All operations of the ESF require the explicit authorization of the Secretary of the Treasury (‘the Secretary’).

The Secretary is responsible for the formulation and implementation of U.S. international monetary and financial policy, including exchange market intervention policy. The ESF helps the Secretary to carry out these responsibilities. By law, the Secretary has considerable discretion in the use of ESF resources.

Since WWII, the ESF has been a “secret weapon” for funding black ops of every sort.

During the war, the OSS (the precursor to the CIA) used it for covert financial operations to “keep Nazis out of Mexico and Central America.”

The Treasury is able to carry out such operations because the Secretary of the Treasury is under no obligation to obey the laws of the U.S., thus the ESF has been funding black ops around the world for over 80 years.

It was the ESF that was behind the Bretton Woods agreement, establishing the IMF and World Bank.

Under echoberg Harry Dexter White, a Treasury Department employee and member of the OSS Committee, the ESF began using taxpayer dollars to interfere in foreign elections, and later laundering money from CIA drug ops, all through the New York Fed.

White also became the first president of the IMF. White was a most sketchy character, as Winter Watch discussed in the post “Harry Dexter White: An Enemy Within.”

In 1961, the Treasury, with the use of the ESF, began using currency swaps to dominate foreign currency markets. It also used the Fed to control the derivatives market.

The ESF is the fonte of what’s been referred to as the Plunge Protection Team (PPT), which propped of volatile markets.

Since the 1960’s, because of the ESF, the entire U.S. economy has been progressively based entirely on smoke and mirrors, a gigantic ponzi scheme based on statistical propaganda.

The Treasury uses the ESF to stabilize the dollar by forcing regime change around the world. During the 1980’s the Treasury began smuggling bulk currency out of the U.S., funding the Afghan opium trade for the CIA. Also, the Columbian cocaine trade. To maximize profits, the Treasury lobbied to get forfeiture laws passed to allow profits from the seizure of assets to be funneled into the Treasury.

Under powers and new funds authorized by the stimulus/hara-kiri bill, the control, activities and reach of the Treasury and ESF have been expanded into even more secretive arenas to an extent we can only imagine.

Hidden in Plain Sight: The Truth About Timothy McVeigh and the Oklahoma City Bombing