According to journalist James O’Keefe, Twitter has limited the account of the investigative journalism group Project Veritas following the group’s publication of internal communications from Pinterest. O’Keefe wrote in a tweet that Project Veritas “has been temporarily suspended from posting for tweeting internal communications from @Pinterest which show them calling @benshapiro a ‘white supremacist’.” The tweet can be seen below along with a photo of a warning 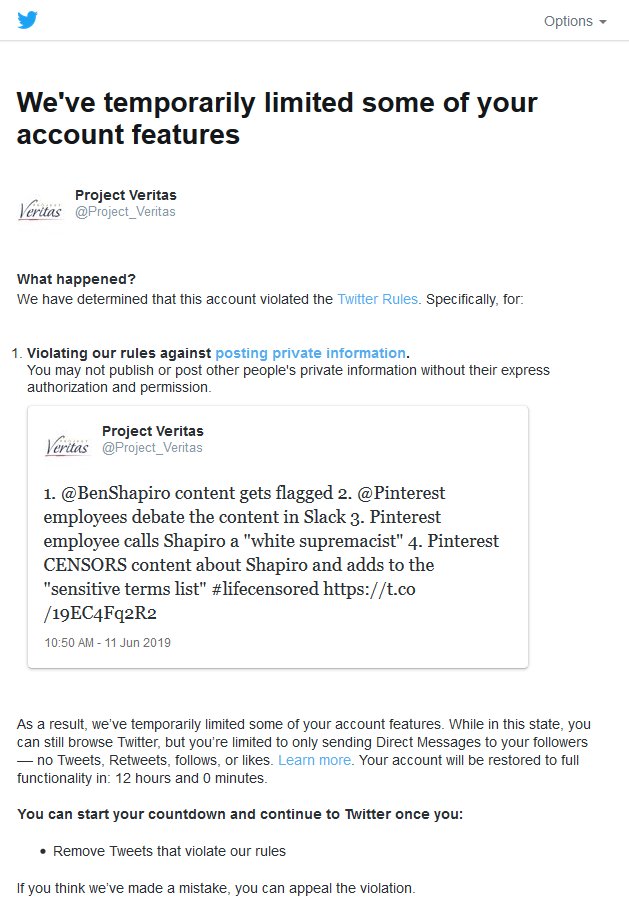 Breaking News: Twitter has decided that investigative journalism is in violation of their terms of service – @Project_Veritas has been temporarily suspended from posting for tweeting internal communications from @Pinterest which show them calling @benshapiro a “white supremacist”

A person familiar with the situation told Breitbart News that the Project Veritas account was locked for violating the Twitter Rules, specifically the private information policy , but clarified that Project Veritas was not locked out due to the content of their communications. […]