Walter Duranty (1884-1957) was a classic made man and noxious stooge who played a primary cover-up role in the communistic mass looting and genocide of Ukrainians during a widespread famine (1932–1933) in the USSR.

Duranty was Moscow bureau chief of The New York Times (aka New York Slimes) for 14 years (1922–1936). As the genocide went down, in typical usual-suspect fashion, Duranty in 1932 received a Pulitzer Prize. But 58 years later, a bit of revisionist history was allowed to peek through that resulted in calls to revoke that Pulitzer.

At long last in 1990, the scummy “paper of record” and his employer that submitted his work for the Pulitzer in ’32, confessed that his latter articles that denied the famine constituted “some of the worst reporting to appear in this newspaper.” NYT has been owned by the Jewish Sulzberger family since 1896.

Joseph Alsop and Andrew Stuttaford spoke out against Duranty during the Pulitzer Prize controversy. “Lying was Duranty’s stock in trade,” commented Alsop.

Despite some Duranty criticism and the calls demanding revocation of the Pulitzer, these were ignored or declined by the committee itself.

Duranty was a sketchy character from the get go. 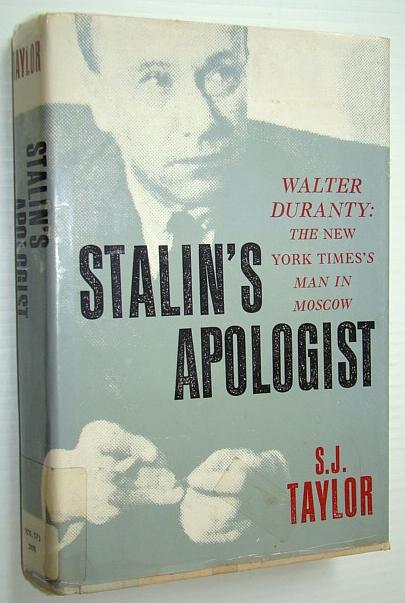 After completing his education in England, he moved to Paris and, according to his biographer, Sally J. Taylor (author of “Stalin’s Apologist”), he met and associated with one Aleister Crowley and participated in Crowley’s magic rituals during this period. Duranty proclaimed that he had “ceased to believe in anything.”

In his book “Magick Without Tears,” Crowley referred to Duranty as his “old friend” and quoted from Duranty’s aptly named, sinister book “I Write as I Please.”

Aleister Crowley 666: The Essence of Evil

Robert Conquest in “The Harvest of Sorrow” (1986) suggested that Duranty was blackmailed over his bisexual pederasty, buggery and sexual proclivities.

Both British intelligence and American engineer Zara Witkin (1900–1940), who worked in the USSR from 1932 to 1934, confirmed that Duranty knowingly misrepresented information about the nature and scale of the famine.

Duranty was a Soviet apologist who argued that the Russian people were “Asiatic” in thought: They valued communal effort and required “autocratic government.” Individualism and private enterprise were alien concepts to the Russian people.

He claimed that the brutal collectivization campaign was motivated by the “hope or promise of a subsequent raising up” of Asian-minded masses in the Soviet Union, which only history could judge. 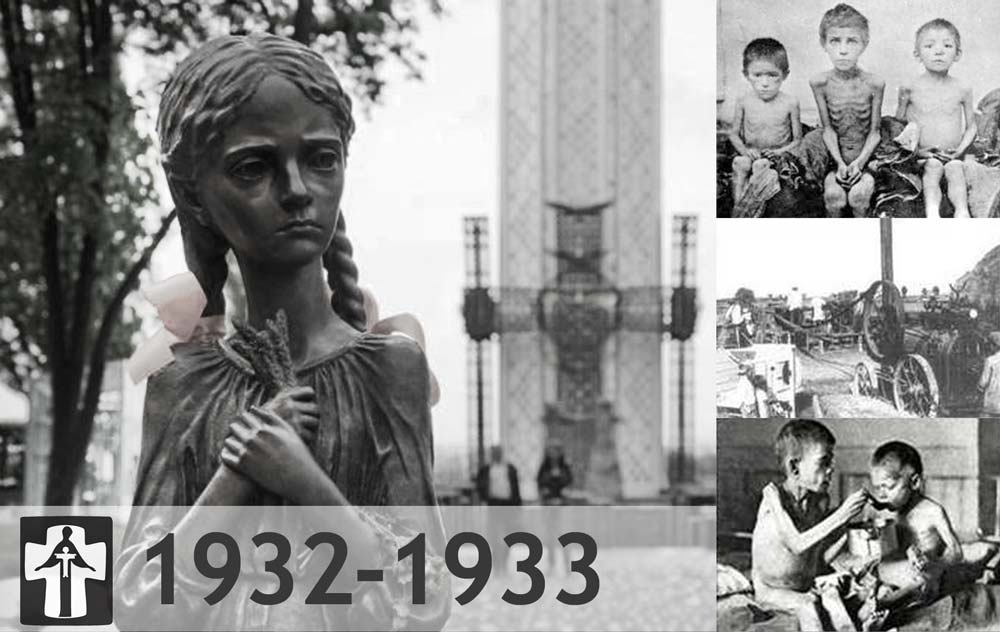 Rather than just repeating the Stalinist viewpoint, Duranty often admitted the brutality of the Stalinist system and then proceeded to both explain and defend why dictatorship or brutality were necessary.

The famine, known as the Holodomor, was designed and implemented in Ukraine by Stalin’s Jewish associate and butcher Lazar Kaganovich.

At the height of the Ukraine crisis, organized teams of party thugs and activists, motivated by hunger, fear and a decade of hateful propaganda, entered peasant households and took everything edible: potatoes, beets, squash, beans, peas and farm animals.

Inside the country, the famine was never mentioned. All discussion was actively repressed. Statistics were altered to hide it. The terror was so overwhelming that the silence was complete.

William Henry Chamberlin, then the Moscow correspondent for the Christian Science Monitor, wrote that the foreign reporter “works under a Sword of Damocles — the threat of expulsion from the country or of the refusal of permission to re-enter it, which of course amounts to the same thing.”

William Strang, a diplomat at the British embassy, in late 1932, reported back that NYT correspondent Duranty had been “waking to the truth for some time,” although he had not “let the great American public into the secret.”

Duranty also told Strang that he reckoned it was “quite possible that as many as 10 million people may have died directly or indirectly from lack of food,” though that number never appeared in any of his reporting.

In fact, Crowley running buddy Duranty wrote, “Any report of a famine in Russia is today an exaggeration or malignant propaganda.”

Duranty’s reluctance to write about famine may have been particularly acute, but he was not alone. Another hack, Eugene Lyons, who was a Jewish correspondent in Moscow for United Press (1928-1934) and at one time an enthusiastic Marxist, wrote years later that all of the foreigners in the city were well aware of what was happening in Ukraine as well as Kazakhstan and the Volga region.

The truth is that we did not seek corroboration for the simple reason that we entertained no doubts on the subject. There are facts too large to require eyewitness confirmation. …

Inside Russia, the matter was not disputed. The famine was accepted as a matter of course in our casual conversation at the hotels and in our homes.

In a March 31, 1933, article for the NYT, Duranty denounced reports of a famine and, in particular, he attacked Gareth Jones, a British journalist who had correctly eye-witnessed the starvation in Ukraine and issued a widely published press release about their plight.

In response to Jones’ announcement, Durante wrote an article titled “Russians Hungry, But Not Starving” in which he described the situation as follows:

There appears from a British source a big scare story in the American press about famine in the Soviet Union, with “thousands already dead and millions menaced by death from starvation.”

Next, Malcolm Muggeridge, the Manchester Guardian’s Moscow correspondent, traveled to Ukraine secretly and at great risk. He was appalled at the scenes of mass starvation and heaps of dead bodies that he witnessed and described them in his reports.

Duranty tried to attack Muggeridge and “debunk” his reports. Muggeridge retorted by stating, “Duranty is the greatest liar of any journalist I have ever met.”

This duel in the press over the famine stories did not damage the reputation of Duranty.

News magazine “The Nation” then described Duranty’s reporting as “the most enlightened, dispassionate dispatches from a great nation in the making which appeared in any newspaper in the world.”

Duranty got an exclusive interview with Lucifer incarnate Stalin himself. In the interview, Duranty praised Stalin’s progressive ideals, his firm control of a wild country and his brilliant political instincts. In November 1933, that resulted in the establishment of relations between the U.S. and the USSR.

A dinner was given for Soviet Foreign Minister Maxim Litvinov in New York City’s Waldorf-Astoria Hotel. Each of the attendees’ names was read in turn, politely applauded by the guests, until Duranty’s, whereupon “really prolonged pandemonium was evoked,” Alexander Woollcott wrote.

Duranty’s aforementioned critical biographer Taylor wrote that his reporting from the USSR was a key factor in U.S. President Franklin D. Roosevelt’s 1933 decision to grant official recognition to the Soviet Union.

Later, Duranty defended Stalin in the Moscow Trials of 1938, which were staged to eliminate potential challengers to Stalin’s authority.

The Israeli documentary “Defamation” filmed Abe Foxmann of the ADL during a session with Ukrainian officials on the Holodomar in a scene that has to be seen to be believed.

The Totalitarian Motive Behind the Democrats’ Fraudulent ‘White Nationalism’ Hearing