And now the city’s board has decided to take the statue down.

First, allow me to illustrate for you the essence of Arcata, located in Humbolt County on California’s rural northern coast. The area has three main economic drivers: lumber, Humbolt State University and marijuana.

Lumber production went bust over the decades due to the efforts of preservationists. The state university is known for producing three types of graduates: ecology (eco-terrorists), sociology (social justice warriors) and agriculture (marijuana growers). Humbolt County has a long-time, well-earned reputation as the U.S. capital for marijuana.

So, as you can imagine, the city of Arcata with its population of 17,000 is largely a town of white kids on dope. Overall, it’s a mix of poor old hippies, college students, wealthy marijuana growers and general dropouts.

The oldest and smallest group in the region are native American Indians, who have garnered more wealth and political power in recent decades via the prevalence of casinos that tribes have built on reservation lands.

Add to these demographics a sprinkling of founding families, ranchers and forcibly retired members of the lumber industry. There’s not many of these old timers left, but their voices are largely conservative – back when they could have a voice.

When McKinley was assassinated through a plot by radical Jewish anarchists in 1901, he was considered one of the most popular presidents in history. The link is our coverage of that event. That’s why Arcata’s neighboring community called Minor changed its name to McKinleyville. And its why one of Arcata’s founding families commissioned a statue in his honor in 1905.

Now it stands in a square that is surrounded by shops, restaurants and bars. On weekends, it’s a gathering place for drunk teens and drug dealers. And now the statue, which offers a stark contrast to Arcata’s modern-day culture, values and politics, may come down.

The national media, always hungry for identity politics, latched onto the story of the removal movement. Headlines read that Native Americans find it offensive and news articles are assassinating McKinley’s character by merely reiterating the talking points of removal activists — some of which are outright lies. He’s white and he was a Republican, so he must’ve been a racist, warmongering imperialist. No need to fact check.

The fact of the removal matter is that it began with Michael Schleyer, “a spiritual guidance and wellness counselor” from a neighboring community, who pushed to remove McKinley back in 2005. Schleyer argued the president’s “imperialistic viewpoint, his invasions and war history” as reasons why the statue should be removed.

Schleyer, apparently, would like to have seen Cuba and the Philippines under Spanish rule and thinks Hawaii should have been offered up to Japan, France or the U.K. — all of which were nation-building and had Hawaii on the menu. And as for McKinley’s personal “war history,” it’s comprised of service in the Civil War on the side that fought against slavery. But whatever.

Arcata’s city council members and the community were not as steeped in identity politics back in 2005, and the movement for removal went nowhere. 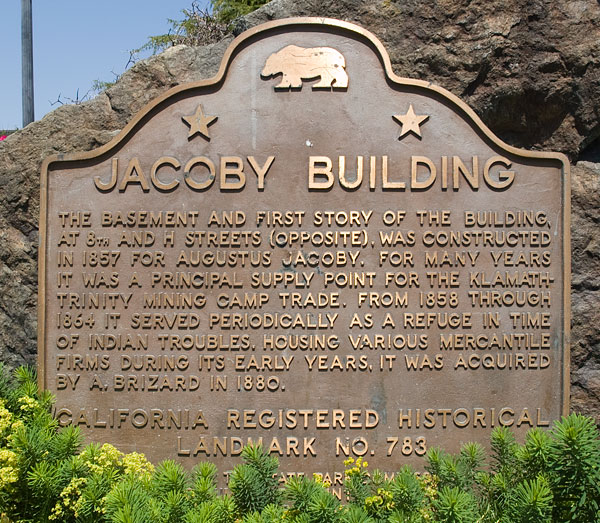 Enter the Wiyot people, an indigenous tribe of about 450 who are native to the Humbolt Bay area. The Wiyots initially petitioned the city to remove an unrelated plaque elsewhere in the town square. The 1963 plaque denotes the historic status of the square structure, the Jacoby Building, and includes “offensive wording.” It refers to a “time of Indian troubles.”

Somewhere along the way, the statue removal movement attached itself to the Wiyots effort. Now, Wiyot tribe members are claiming that McKinley’s statue offends them because it represents the white man’s brutal conquest over their people – though they admit McKinley himself had nothing to do with it.

If such a weak argument as this can be made and generate support, when and where will it end? No time soon, apparently.

San Francisco plans to remove a downtown monument depicting an Indian kneeling at the feet of a vaquero and Spanish missionary. San Jose removed a statue of Christopher Columbus from City Hall. Kalamazoo, Michigan, is taking down a park monument of a Native American in a headdress kneeling before a westward-facing pioneer. Alcalde, New Mexico, and El Paso, Texas, may remove statues of conquistador Juan de Oñate. And Baltimore, Maryland, is vowing to replace a smashed Columbus statue with something that reflect “current-day” values.

“Current-day” values? Just what would that be? And who decides?

South African Politician Investigated for Tweet About Benefits of Colonialism

The Ancestor and Old Culture Reclamation and Revival

1 Comment on The 2nd Assassination of President William McKinley

Joe Biden: "Times are tough, but I want you to know that help is on the way."